How seriously should we take the recent report from the RCOG claiming that fetuses cannot feel pain until 24 weeks gestation? Not very! 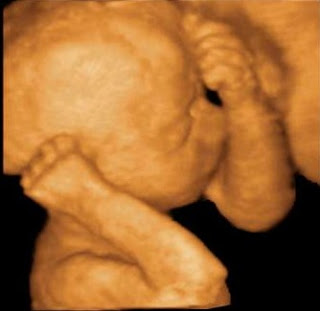 ‘A fisherman once told me that fish have neither sense nor sensation, but how he knew this he could not tell me’ (Bertrand Russell)

In a House of Lords debate on abortion in November 2007, Lord Clarke, commented, ‘I do not know whether fish feel pain or not, but (Bertrand) Russell's point was that we should be very wary of drawing our conclusions on this matter solely from those who have a vested interest in the fishing industry. The 6.7 million abortions carried out in this country since 1967 have been performed by doctors; most of whom are members of the Royal College of Obstetricians and Gynaecologists and many of them benefit financially from the process. Might this be a subtle way of influencing their interpretation of the data? Would we not be wary about seeking opinions about the link between smoking and lung cancer only from employees in the tobacco industry?’

It will come as no surprise to many that the RCOG, whose members carry out virtually all Britain’s late abortions, has just concluded in a new report that babies at 18-24 weeks gestation are in a continual state of sleep and lack the neurological apparatus necessary to feel pain. How very convenient. Not that many will see it as relevant to the debate at all. Is it any less wrong, they will ask, to take someone’s life when they are anaesthetized or sleeping, than when they are awake?

But regardless of what view we might take on that, mothers feeling their babies kicking at 16-20 weeks, and indeed all parents who have witnessed their progeny on a routine 18 week scan, sucking their thumbs, scratching their noses or yawning, will intuitively feel unsettled by this new report – and rightly so.

We know that babies at this gestation react to noxious stimuli in the same way that you or I would, by reflex withdrawal and stress hormone secretion. Of course this does not necessarily prove that they are feeling pain in the same way; but one might reasonably feel that they should at least be given the benefit of any doubt. Not so says the RCOG.

The two researchers the RCOG wheel out whenever they are challenged on this issue, Maria Fitzgerald and Stuart Derbyshire, argue as follows: ‘Pain sensation requires neural pain pathways reaching the cerebral cortex. This doesn’t happen until 24 weeks gestation. Therefore pain cannot be felt until then.’

This sounds logical enough, but is it really that simple? Are these neural connections really necessary in order for pain to be felt at all? Not all experts agree. As the report acknowledges in its small print (but noticeably not in its loudly trumpeted conclusions) there is a significant body of expert opinion that does not concur with the idea that pain sensation requires higher cortical connections. These other experts, as actually acknowledged in the body of the report, express ‘disquiet in denying a rawer, more primitive, form of pain or suffering that the fetus, neonate and many animals might experience’.

The references in the paper are to the work of none other than leading fetal pain authority Professor KJS (Sunny) Anand, from the University of Arkansas, whose evidence to the House of Commons Science and Technology Committee was similarly marginalized and ignored in 2007, as highlighted in a highly publicized minority report written by two of its MP members.

But you will not learn any of this detail from the BBC and most newspapers. The general public is rather being sold the lie that there is no doubt about this at all. Nor will you learn, other than from the small print in the report itself, that the ‘evidence’ that the fetus is ‘asleep’ in the womb comes from studies in sheep rather than in humans. Professor Stuart Campbell, the UK’s leading authority on 4D fetal ultrasound, who has opened up the intricacies of life in the womb and could have shed light on the matter, was, like Anand, not consulted by the RCOG. No dissenting expert voices it appears were given any platform. The message and conclusions had to be clear and simple, unclouded by any nuance or uncertainty.

And so we have the RCOG once again cherry picking experts guaranteed to deliver convenient conclusions, and then selectively reporting them to a gullible media and public, in order to justify its historic position that babies killed by late abortion do not require pain relief and are by implication, not really sentient human beings worthy of any respect.
Posted by Peter Saunders at 09:47