As UK Christian doctors, are we as radically different from non-Christians in our attitudes and actions as our Indian colleagues are? 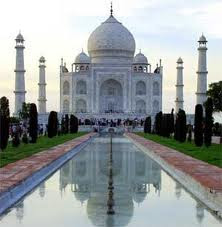 I paid for my trip to India in stress and sweat. Not out there, but in the mad rush to clear my desk before departure, and in the bulging in-tray and looming deadlines on return. However the blessing I received in ten autumn days, through being involved in the EMFI national conference and in visiting hospitals and health projects in the northwest, was well worth it. There is much to tell, but let me share the three things that struck me most.

The first was a sense of thanks for the blessings Christianity has brought in Britain. We easily forget that we have clean drinking water, low infant mortality, few street children, minimal corruption, good health and education, a functioning legal system and a good standard of living largely as the legacy of Christian revival in the18th and 19th centuries. What Wesley and Whitefield sparked in the 1700s led ultimately to profound social reform through notables like Wilberforce, Barnardo and the Clapham sect. Our medical system too is indebted to the foundation laid by Christian doctors like Lister, Jenner and Sydenham and most of our present difficulties are because we have forgotten as a society what once made us great. By contrast, India’s principle problem is a suffocating ideology which stratifies people into castes, values cows more than children and promotes spirituality without morality. Hinduism has two main failings: it isn’t true and it doesn’t work.

The second thing that struck me was a sense of wonder at what God is doing today in India. There are now over 40 million Christians, and 44,000 Indian missionaries serve cross-culturally within its borders. Past missionary efforts have led to the Syriac church in Kerala, the Catholic Church around Goa and the Protestant churches in the northeast and south-east tip, in the 1st, 15th and 19th centuries respectively. In some states Christians now make up over 80% of the population. But all these past incursions of God’s spirit are being dwarfed by the current wave of new converts, from all backgrounds, but especially amongst the poor. I met new Christians who were formerly Jain, Animist, Sikh and high-caste Hindu and visited areas where Buddhist and Muslims are coming to Christ. There is a real sense of expectancy amongst the churches and doors are wide open.

But third, I was most challenged by the way many of our Christian doctor colleagues integrated their faith and lifestyle, particularly in their concern for the poor. The Evangelical Fellowship of India (EMFI), our sister organisation, is growing rapidly, and has been built on a firm foundation of sacrificial and compassionate service to those in most need. There are still over 1,200 church hospitals in India largely staffed by Indian Christian doctors, many of whom trained at one of two Christian hospitals, Vellore and Ludhiana. Most are in areas where Christians are fewest in number, and through associated urban and rural community health, literacy and development projects, are empowering marginalised people and transforming communities. One team of 70 healthcare professionals, in ten years, had helped transform the lives of 200,000 of Delhi’s slum dwellers to the extent where child mortality had fallen 80% and there was 95% immunisation, almost full employment and minimal malnutrition or TB. Pregnant women received antenatal care of almost UK standards (including ultrasound) and in one site I visited most of the houses had metered electricity, many with electric fans and televisions. What the Christians do provides the opening for what they say. In the same way, in the aftermath of the Orissa floods and the Gujerati earthquake, Christian compassion through healthcare has opened up to the gospel those regions most antagonistic to Christianity.

I wonder if, as Christian doctors in the UK, we are as radically different from non-Christians in our attitudes and actions as our Indian brothers and sisters are. And if not, what effect it has on how the gospel is received by our patients and colleagues.
Posted by Peter Saunders at 11:54