What can St Paul teach us about evangelism to Muslims? 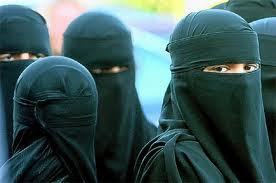 Christians and Muslims agree… on the reality of God, revelation, scripture, angels and judgment. But they also disagree; about Christ’s identity, death and resurrection and the authority of the Bible. Given these similarities and differences, what evangelistic approach should we adopt? Should we ‘build bridges’ or attack false teaching? Should we contextualise or confront?

On the other hand confronters reply that contextualisation dilutes the gospel. Strongholds must be demolished. False teaching must be exposed.

What were Paul’s methods? On one hand he was a contextualiser, using a different approach for each audience. In the synagogue he established common ground by appealing to Jewish history and Old Testament Scripture (Acts 13:13-51); with the farmers at Lystra he spoke of God’s control of the seasons (14:14-18); with the philosophers in Athens he quoted their own poetry (17:22-31). He took the truth they already knew to establish rapport.

Contextualisation lays a foundation for debate. But if we do not move on to challenge the wrong beliefs of our listeners we are not telling the whole truth. On the other hand if we merely confront Muslims without establishing common ground our arguments will fall on deaf ears. Just as contextualisation can become the refuge of the cowardly, so confrontation can be the defence of the uncaring.

However, Paul did more than just contextualise and confront. He preached the gospel: Christ’s divinity, incarnation, death, resurrection and coming in judgment. This resulted in one of two responses. Some ‘received the message with great eagerness’ (Acts 17:11), ‘were persuaded’ (17:4) and ‘believed’ (17:34). Others ‘sneered’ (17:32), ‘became abusive’ (18:6) and ‘stirred up persecution’ (13:49).

If we build bridges or attack false teaching without preaching the gospel, then we are failing in our witness. Paul’s primary concern was neither to build friendships nor win arguments. Rather, his heart’s desire and prayer was that people be saved (Rom 10:1) through hearing the gospel (1:16). His priority was to win people to Christ. His strategy involved both contextualisation and confrontation; but always with the aim of preaching Christ crucified.

We are wise to follow his example.
Posted by Peter Saunders at 01:21