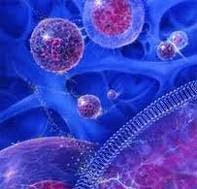 Ever since scientists first switched adult human cells into an embryonic-like state from which they can develop into any tissue type, recipes for making these induced pluripotent stem (iPS) cells have multiplied. These cells provide an ethical alternative to the use of embryonic stem cells which are produced by destroying human embryos.

In October I reported on a huge stem cell advance unnoticed by the British media under the title ‘American scientists make new breakthrough in producing embryonic-like stem cells by ethical means’.

Derrick Rossi and colleagues of Children's Hospital Boston and the Harvard Stem Cell Institute had reported online that they had produced induced pluripotent stem cells (iPS) from skin cells using modified forms of messenger RNA. The new technique appeared to be one hundred times more efficient than that initially pioneered by Yamanaka who produced iPS by introducing DNA into adult cells using viral vectors. Shinya Yamanaka's group at Kyoto University in Japan — one of two to first create iPS cells — infected adult cells with viruses carrying the genes OCT3/4, SOX2, KLF4 and c-MYC.

Now, in a further step forward, researchers have replaced all but one of the genes used by Yamanaka with a cocktail of chemicals, taking scientists a step closer to creating patient-specific iPS cells that could be used in the clinic.

The advance, by chemist Sheng Ding at the Scripps Research Institute in San Diego, California, and his colleagues (S. Zhu et al. Cell Stem Cell 7, 651–655; 2010) is an adaptation of the approach originally developed by Yamanaka.

Now his group has made human iPS cells from skin cells by treating them with drugs and just one virus-delivered gene, OCT4. The resulting cells express the same genes as embryonic stem cells and can transform into different types of cell.

OCT4 can be replaced as well, so an iPS protocol entirely free of foreign genes shouldn't be far off. Ding says that his team has already created mouse iPS cells using only drugs, and is making progress with human cells.

Robert Lanza, chief scientific officer of Advanced Cell Technology in Marlborough, Massachusetts, says that iPS cells should soon be safe enough to test in humans. ‘I think we now have the tools to contemplate clinical trials.’
Posted by Peter Saunders at 13:34