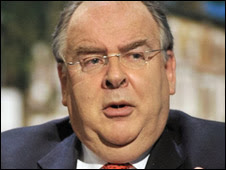 Lord Falconer’s Assisted Dying Bill (detail here), which aims to legalise assisted suicide for mentally competent adults with less than six months to live and a 'clear and settled intention to end their lives', had its first reading in the House of Lords last May.

It is due to return for a second reading (debate stage) in Spring 2014.

In an interview for Pulse magazine today Lord Falconer (pictured) was asked if GPs were likely to get into trouble with the police for authorising assisted suicide under his proposed bill should it ever become law.

His answer was quite revealing.

He said that the bill would make it ‘very difficult’ for GPs to face any proceedings in court as long as it was ‘their genuine view’ that this was the patient’s position.

He said: ‘Of course they have to give their genuine view, and of course they have to take reasonable care in relation to it, but as long as they do that they would have absolutely nothing to worry about. It would be no different to any part of their practice as general practitioners.’

In other words, it is not necessary for the patient to be mentally competent, at least 18 years old,  with less than six months to live or with a settled wish to end his or her life. All that is required is for the doctor to say that it is his 'genuine view' that these conditions apply and no court will be able to touch him.

Falconer’s draft bill has already attracted serious criticism because of its paper-thin safeguards.

But little attention has so far been given to the power it grants to doctors and the way it effectively places them above the law.

By licensing doctors to dispense lethal drugs it actually adopts an almost identical model to that of the Abortion Act 1967. Under this Act an abortion is regarded as ‘not unlawful’ providing two doctor sign a statement ‘in good faith’ that one or more of a list of statutory conditions apply.

But we all know in practice that the Abortion Act is widely flouted.

Doctors in fourteen NHS Trusts were recently found to have pre-signed forms authorising abortions without ever having seen the patients in question, in fact before they even turned up at the clinic.

Others authorised abortions solely on grounds of sex selection when this is in fact illegal. The fact that these doctors were not prosecuted aroused huge outrage.

But most significantly of all, 98% of abortions are carried out on grounds that the mental health risks of continuing with the pregnancy outweighed those of having an abortion, when in fact there is no hard evidence to suggest that this is ever the case.

This state of affairs has led to over 200,000 abortions being carried out in Britain each year of which 196,000 are technically illegal, but for which no doctors are ever prosecuted. Doctors authorising or carrying out abortions are, in other words, effectively above the law.

Falconer seems to be suggesting that the same rules will apply to assisted suicide under his bill.
His bill, should it ever become law, will thereby effectively place doctors above the law. All they will have to do, for any given case, is to say that it was their ‘genuine view’ that the conditions applied and no court will be able to touch them. In Falconer’s own words, they will have ‘absolutely nothing to worry about’.

If Falconer’s bill actually does what he claims it does it will be both unworkable and unenforceable. All a doctor will need to do to extend its provisions will be to argue that it was his ‘genuine view’ that a demented patient was mentally competent, that a disabled person had less than six months to live or that a 15 year old was really 18.

The so-called ‘safeguards’ in Falconer’s bill are bad enough. It is already ripe for abuse and incremental extension. But the power and lack of accountability it grants to doctors will make them the most dangerous people in the state.