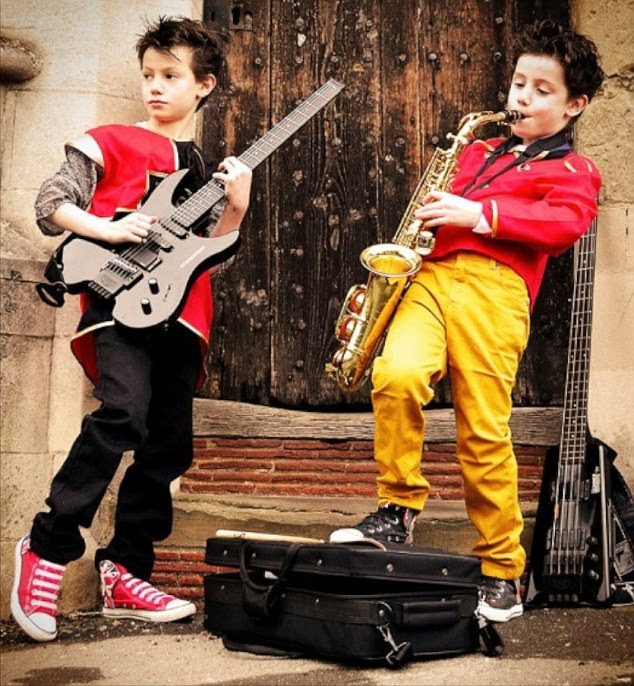 Two young brothers who wrote a song slating Peppa Pig have been ordered to take it off iTunes by the cartoon’s licensee.

It included the lines: ‘Peppa Pig, I’m over you. I’m in Year Four. Peppa Pig, I just don’t love you any more.’

Days later the boys got a trademark infringement letter from Entertainment One claiming its cartoon’s image had been used without permission.

The media giant, with a turnover of more than £650 million a year, said that Peppa Pig was ‘valuable property’. 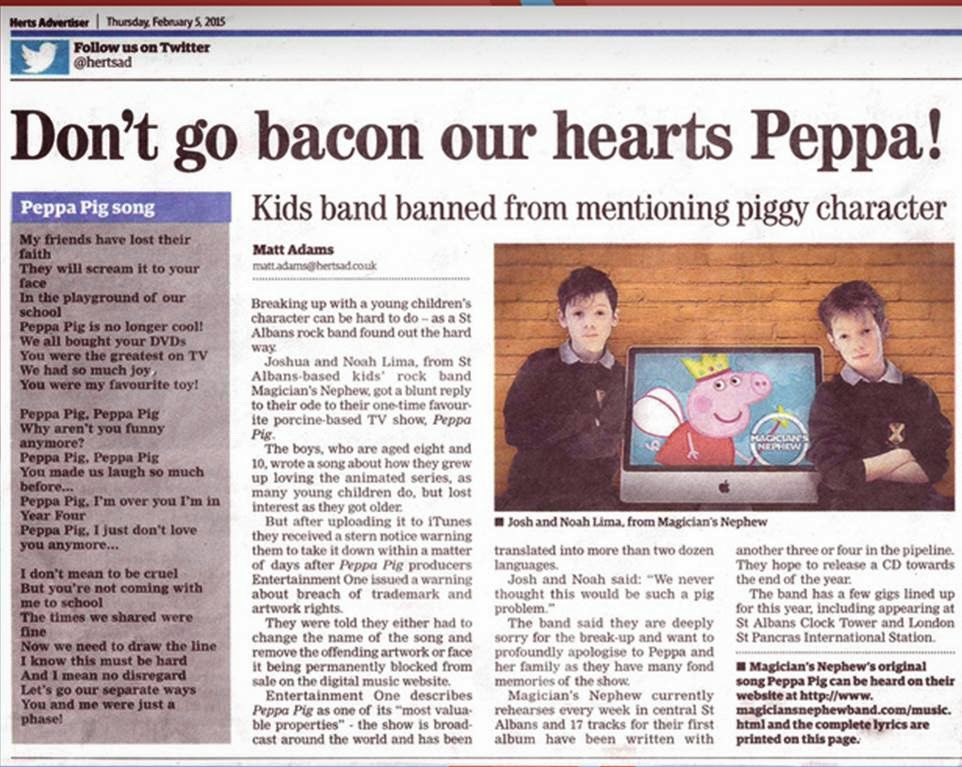 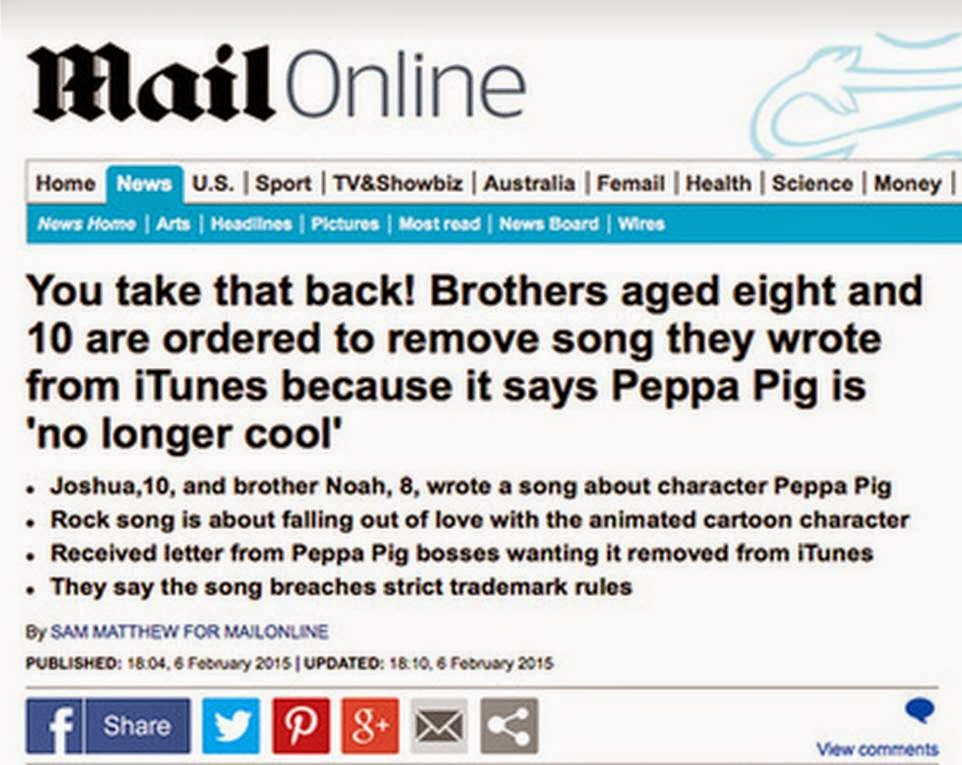 The brothers, from St Albans, Herts, have since removed the track from iTunes, where it was selling for 79p, but it is still available on YouTube and on their website.

The story which originally appeared in The Herts Advertiser last Thursday has now hit national newspapers with the Mail, Telegraph and Mirror all providing coverage.

The band Magician’s Nephew derives its name from the 1955 novel by CS Lewis, the first book in the Christian allegory 'The Chronicles of Narnia', since made into a popular film series.

The boys share vocals in the band, with Joshua on lead guitar and Noah on saxophone. The other members – Zac Pile, nine, on backing vocals, Keeran Richardson, 10, on rhythm guitar and Euan Campbell, 11, on keyboards – are schoolmates. 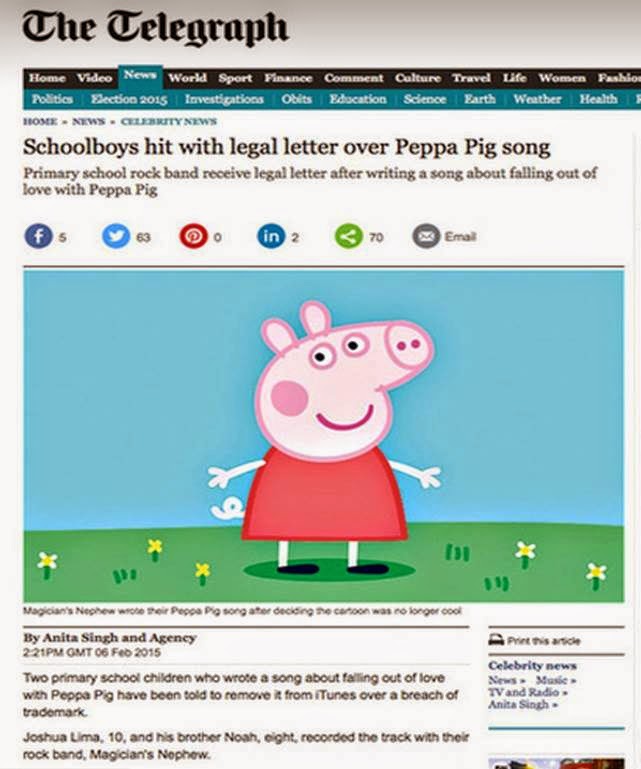 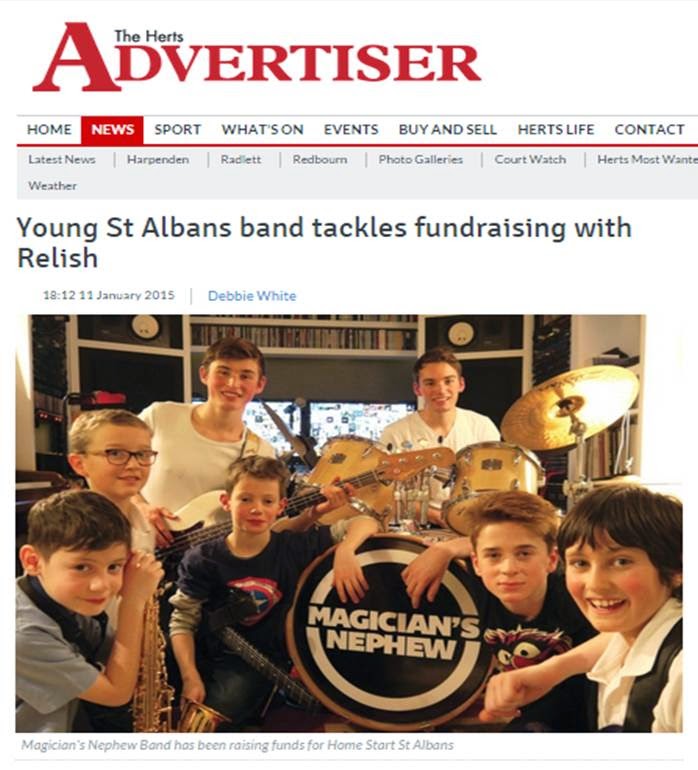 Noah and Josh started writing their own songs about three years ago with their piano teacher Chris Saunders, who motivated them to tap into their ability.

As a result the boys have now written 17 original songs and are in the process of recording their first album due to come out end of this year.

Their band’s first single ‘Ice-cream’ was released on their You Tube channel last year.

Let’s hope they can find the necessary support to get their songs back on iTunes and enjoy the success they deserve.

My friends have lost their faith

They will scream it to your face
In the playground of our school
Peppa Pig is no longer cool! 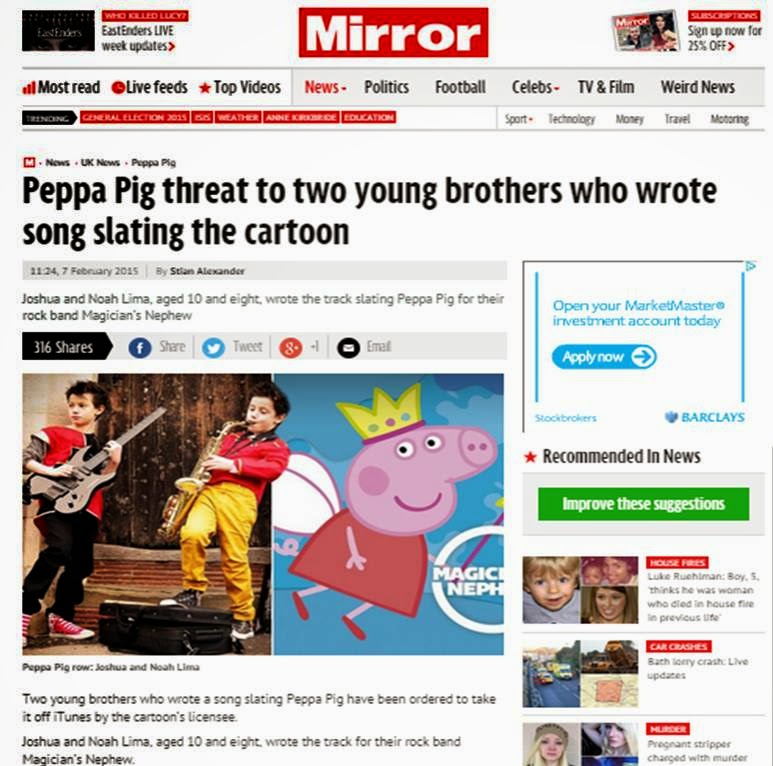 We all bought your DVDs
You were the greatest on TV
We had so much joy
You were my favourite toy!

I know this must be hard
And I mean no disregard
Let's go our separate ways
You and me were just a phase!
Posted by Peter Saunders at 14:52