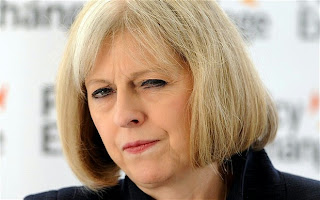 This week Prime Minister David Cameron unveiled plans for a new counter-terrorism bill he intends to include in the Queen’s speech on 27 May.

The bill will include provision for extremism disruption orders giving the police powers to apply to the high court to limit the ‘harmful activities’ of an ‘extremist’ individual.

The orders were proposed during the last parliament in March, but were largely vetoed by the Liberal Democrats on the grounds of free speech. They were subsequently revived in the Conservative manifesto.

The measures would include a ban on broadcasting and a requirement to submit to the police in advance any proposed publication on the web and social media or in print. The bill will also contain plans for banning orders for extremist organisations which seek to ‘undermine democracy’ or use hate speech in public places.

There would also be new powers to close premises where extremists seek to influence others.

‘For too long, we have been a passively tolerant society, saying to our citizens: as long as you obey the law, we will leave you alone… This government will conclusively turn the page on this failed approach. As the party of one nation, we will govern as one nation and bring our country together. That means actively promoting certain values. “Freedom of speech. Freedom of worship. Democracy. The rule of law. Equal rights regardless of race, gender or sexuality.”’

But just how far would these new orders extend?

What followed was a masterclass in broadcast interviewing with Humphrys surgically dissecting May and brutally exposing the lack of clarity behind the new proposals.

The Home Secretary started by explaining that the new bill would include ‘banning orders for groups and disruption orders for individuals’ who were  ‘trying to promote hatred and intolerance’ which  ‘undermines our British values’.

‘But isn’t freedom of speech, an essential prerequisite of a tolerant and decent society’, asked Humphrys.

May answered that the ‘extremism’ the government was trying to prevent was that which ‘promotes(s) hatred’, which seeks ‘to divide our society’ and ‘undermine the very values that make us…  a great pluralistic society’

But what if ‘a group of people put together a meeting at which they expressed views about homosexuality that you or I might, perhaps, find repugnant. Would they be dividing society?’, said Humphrys.

May evaded the question so Humphrys asked, ‘At what point does it qualify for being banned?’
May again refused to define what she meant by ‘extremism’ but said that the aim was ‘to ensure that we can promote British values, the values that unite us as a society’.

Humphrys replied that ‘promoting British values’ was a woolly phrase and asked if May was intending to send people who refused to do it to jail. He pressed her again and again to define ‘extremism ‘ and ‘British values’ until she eventually offered a definition.

Which of course begs a whole host of questions: What is democracy? What law are we talking about? What should be tolerated and what shouldn’t be? What does equality entail? What does accepting another person’ faith actually mean?

These questions are crucial as the bottom line is that people who don’t promote what May calls ‘British values’ could be banned from broadcasting, required to submit their publications to the police, and have their organisation shut down and their premises closed.

But as Ian Dunt has said in an astute analysis on politics.co.uk:

‘The details are still not clear and won't get much clearer until the Queen's Speech – or probably afterwards. But we do know three things: 1) that the definition of an extremist is being expanded 2) that the process for how someone is officially designated as an extremist is shrouded in mystery, and 3) that the list of restrictions which applies to them once they have been designated an extremist is now extremely broad and intrusive.’

This appears to be a case where the price of freedom will be eternal vigilance. Every group whose views are judged to run counter to these poorly defined ‘British values’ could be in danger and would be strongly advised to subject the proposals, when they eventually appear, to the utmost scrutiny.

We may think that as Christian doctors we would immune from this kind of scrutiny but terms like 'tolerance', 'equality' and 'acceptance of other people's faith' are so elastic that they could be interpreted in such a way that perfectly normal Christian behaviour could be criminalised.

Is it being 'intolerant' not to participate in abortion? Is refusing to refer for a sex change procedure or IVF for unmarried couples (heterosexual or homosexual) showing a lack of respect for equality? Is sharing one's faith with a Muslim colleague or patient displaying a 'lack of acceptance of other people's faith'?

We have no way of knowing and how these principles are interpreted by officials (or even police) on the ground may be very much a lottery and may go far beyond what might have been intended by legislators.

Ironically the Home Secretary’s interview was followed immediately by an interview with author AN Wilson (listen from 2h 24m here) , author of ‘Dante in Love’, marking the 750th anniversary of the birth of Italian poet Dante Alighieri.

Dante’s most famous work, the Divine Comedy – often described as one of the greatest ever written – is more than just the story of his journey through Hell, Purgatory and Paradise. It is a portrait of medieval society and a profound study of human psychology.

‘Dante had firm views about what our values are’, said Wilson. ‘He said they were based on the Christian religion and Roman law which runs through the whole of European Society and that’s what defines Europe.’

He went on to relate how Primo Levi , after been taken to Auschwitz by the Nazis, would recite to himself daily Ulysses speech in Dante’s divine comedy:

‘Consider your roots, where are you coming from, we are not just brute beasts, we are striving after knowledge and virtue’.

‘And these things’, Wilson concluded ‘are from Roman Law and Christianity’.

Sadly the Home Secretary seems to have forgotten, or perhaps never to have known, what the real historic roots of British values actually are.

Email ThisBlogThis!Share to TwitterShare to FacebookShare to Pinterest
Labels: British values, Theresa May