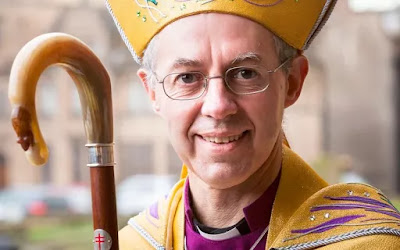 In 2014 I sat next to a senior staff member in the Church of England at a Christian event and discussed the way the church was likely to handle the issues of same-sex relationships and same-sex marriage.

This person thought that there were three groups: 15% who wouldn’t settle for less than full acceptance of same-sex marriage, 15% who would refuse it absolutely and 70% who might accept some kind of ‘arrangement’.  I asked ‘How is it going to end?’ ‘One of the 15% groups will split off’, came the reply. ‘Which one?’ The question was left hanging when the speaker began talking at that very moment.

Since 2014, seeing events unfold… the legalisation of same sex marriage,  the quadruple lock, the rise of GAFCON, the facilitated conversations, and now the publication of the House of Bishops’ report on Marriage and Same Sex relationships… I have often pondered over that brief yet candid conversation.

Now, next week, on 16 February the Church of England General Synod (full agenda and papers here) will finally debate the Bishops’ report. There is expected to be very little meeting of minds and a real possibility that the proposed ‘take note’ motion will not pass.

The LGBT lobby within the church, backed by powerful ideological and political vested interests in wider society, abhor the fact that the report upholds the teaching, recognised by canon law, that marriage is the lifelong union of one man and one woman.

But many Evangelicals and Anglo-Catholics are wary about plans to ‘revisit’ and ‘clarify’ advice to clergy on informal prayers for same sex couples marrying or forming a civil partnership. They feel red lines have already been crossed.

Paragraph 64 of the Bishops’ report states that, ‘there needs to be a fundamental trust in the clergy to know and be faithful to the teaching of the Church, in their own lives and in their ministry to others’.

But the current breakdown in trust is due precisely to the fact that some members of the clergy are not being ‘faithful’.

But some Church of England clergy are already involved in active homosexual partnerships, others have clearly signalled their openness to involvement and others are openly teaching that sex within such partnerships is morally acceptable.

This situation deeply compromises the witness of the church.

The foundation document of the Church of England, the 39 Articles, makes it crystal clear where ultimate authority lies:

‘The Church hath power to decree Rites or Ceremonies, and authority- in Controversies of Faith: And yet it is not lawful for the Church to ordain anything that is contrary to God's Word written, neither may it so expound one place of Scripture, that it be repugnant to another.’

The Church of England’s official doctrine on marriage in Canon B30 (and in other statements including the 1987 Motion of General Synod and the 1998 Lambeth Conference Resolution 1.10) upholds the key principles in this biblical testimony.

This Synod affirms that the biblical and traditional teaching on chastity and fidelity in personal relationships as a response to, and an expression of God’s love for each one of us, and in particular affirms:

1. that sexual intercourse is an act of total commitment which belongs properly within a permanent married relationship;

2. that fornication and adultery are sins against this ideal, and are to be met by a call to repentance and the exercise of compassion;

3. that homosexual genital acts also falls short of this ideal, and are likewise to be met by call to repentance and compassion

4. that all Christians are called to be exemplary in all spheres of morality, including sexual morality, and that holiness of life is particularly required for Christian leaders

So, given this clear doctrine, why are those clergy who dissent in word or deed not being called to repentance? Why further, if they refuse to repent, are they not being disciplined by being removed from office?

The biblical pattern of church discipline is unambiguous: ‘If your brother sins, rebuke him, and if he repents, forgive him.’ (Matthew 18:15; Luke 17:3). Its purpose in restoring erring members of the church is clear: ‘Whoever turns a sinner from the error of his way will save him from death and cover over a multitude of sins.’ (James 5:20) Discipline is necessary not only to protect and preserve the church but also to save sinners from judgement.

The Lord Jesus Christ himself lays down the pattern of restoration in Matthew 18:15-20:

‘If your brother or sister sins, go and point out their fault, just between the two of you. If they listen to you, you have won them over. But if they will not listen, take one or two others along, so that “every matter may be established by the testimony of two or three witnesses” If they still refuse to listen, tell it to the church; and if they refuse to listen even to the church, treat them as you would a pagan or a tax collector.’

The Apostle Paul addresses a specific instance of serious sexual sin in 1 Corinthians 5. The principle taught is that, although we should not judge those outside the church, it is our duty to judge those inside and to call people to repentance. If someone calling themselves a Christian refuses to repent, then they are to be excommunicated.

The Bible is equally clear (1 Corinthians 6:9-11) that ‘homosexual offenders’ will not ‘inherit the kingdom of God’. This is not a secondary issue (one on which true believers might have flexibility to disagree) because it impacts on salvation itself. Therefore, those Christians ‘who are spiritual’ (Galatians 6:1) have responsibility to restore their erring brothers and sisters ‘in a spirit of gentleness’ in order to stop them facing God’s judgement.

Just as culpable in the eyes of Jesus as those who persist in sexual sin are those who give false teaching, who ‘mislead my servants into sexual immorality’. The Lord tells the church in Thyatira not to ‘tolerate that woman Jezebel’ who promulgates such teaching (Revelation 2:18-29).

The Church of England appears to suffer from two key problems. First of all, there are some in leadership who seem not to hold to biblical authority or the traditional teaching of the church. Second, there are others who are clearly violating Christian biblical standards of sexual behaviour and are not being properly disciplined or called to account.

There are a number of practising homosexual clergy who are ‘tolerated’ and have not been disciplined by the relevant bishop(s). A clergyman currently on the Church of England Synod has also  had a same sex ‘marriage’ in defiance of Bishops’ guidelines, openly advertises his church hall as a venue for celebrating same sex partnerships, and is vocal in the media about his heterodox views.

A leading member of the Archbishops’ Council makes no secret of the fact that his same-sex relationship is not celibate. At least one bishop advocates the full acceptance of homosexual relationships, undermining the Church of England’s historic teaching on sexuality without being censured.

These individuals are personally known to, or under the oversight of, either yourself, the Archbishop of York or to the Bishop of London, the three men occupying the highest offices in the Church of England.

Bishops in the Church of England are not primarily managers, politicians or administrators – they are rather ‘ordained to be shepherds of Christ’s flock and guardians of the faith of the apostles’. This is based on the Apostle Paul’s commissioning of Timothy and Titus. They are to teach the truth, protect the people from false teaching and correct error. The Lord’s servant must be ‘able to teach’, and opponents ‘must be gently instructed, in the hope that God will grant them repentance leading them to a knowledge of the truth’ (2 Timothy 2:24-26). He must ‘hold firmly to the trustworthy message as it has been taught, so that he can encourage others by sound doctrine and refute those who oppose it’ and appoint people to positions of leadership ‘who love what is good’ and who are ‘self-controlled, upright, holy and disciplined’ (Titus 1:5-9).

The Bible is clear that from those to whom much has been given much will be demanded (Luke 12:48). This surely means that those with highest office in the church should be leading by example.

The Church of England is currently drifting slowly towards an inevitable disintegration with no possibility of reconciliation. The situation cries out, not for mediation and more conversation, but for discipline and for leadership.

The upcoming Synod may well be the last chance to grasp this nettle. But before that the three most senior bishops surely need to lead by example and fulfil the first two steps of Christ’s commands in Matthew 18 – going to the offending clergy they know individually and then as a group. They can then, if these men refuse to repent, present the matter to the entire Synod when it meets on 13-16 February.

If the three leading bishops are not willing to take the lead then others must do so. Once the process has begun it must continue throughout the church.

Those who support, or are involved in, homosexual partnerships (ie. not celibate) who are not willing to repent, according to the 1987 resolution, should be removed from leadership. This of course applies equally to all involved in any other form of sexual sin.

The principle is clear. There has so far been much conversation but no real action. It is now time to act.

You have been felt burdened to apologise, on behalf of the church, for sins and failures for which you are not directly responsible. But with respect to the discipline of clergy promoting or involved in homosexual partnerships you, along with John Sentamu and Richard Chartres, are in fact directly responsible.

To obey Christ in this matter will undoubtedly lay you open to criticism from the media, the LGBT lobby, other sections of society and dissenters within the church itself. It may cost you dearly in terms of popularity and in other ways. But the key question is whether, like the apostles, you are willing to ‘obey God rather than men’ (Acts 5:29).

May I urge you and your two fellow bishops to perform your duty before God as ‘shepherds of Christ’s flock and guardians of the faith of the apostles’.


I appeal to you to be faithful in this matter to the Lord you profess to love and serve. The future of the Church of England depends on it.
Posted by Peter Saunders at 08:12

Email ThisBlogThis!Share to TwitterShare to FacebookShare to Pinterest
Labels: Archbishop of Canterbury, Church of England, Homosexuality