DNA editing – a significant advance but many questions remained unanswered 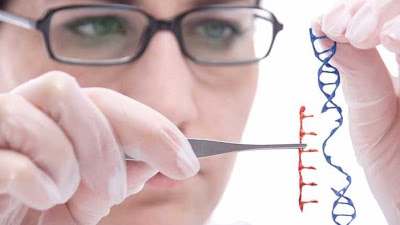 You can see my Sky News interview on this story here.

Scientists have, for the first time shown that it is possible to correct gene mutations in human embryos successfully using a gene editing tool potentially opening the door to treatment for over 10,000 single gene disorders.

The US and the South Korean researchers used a new technology called Crispr which was only developed in 2013.

The research appears in the journal Nature and has been covered by numerous media outlets and science magazines. The BBC report is somewhat simplistic and it’s well worth reading the original paper and coverage by the New York Times, Scientific American and Science News which give more detail.

Crispr technology has been used for human embryos before but the results have never been quite this good (see previous blog posts by CMF authors here, here, here, here and here).

What is new about this study is that the researchers managed to avert two important safety problems. First, they managed to produce embryos in which all cells, rather than just some, were mutation free. Second, they avoided creating unwanted extra mutations (‘off target’ effects) elsewhere in the genome.

The breakthrough was achieved by carrying out the gene editing at an earlier stage in development before fertilisation had taken place.

The study involved a condition called hypertrophic cardiomyopathy (HCM) a disease affecting about one in 500 people which causes thickening of the heart muscle and can cause sudden heart rhythm disturbances and heart failure.

HCM is caused by a mutation in a gene called MYBPC3 and is autosomal dominant, meaning that if one parent has a mutated copy there is a 50% chance of passing the disease on to children.

Researchers first tried editing the DNA in affected embryos (ie. after fertilisation), but of 54 embryos produced, 13 were ‘mosaics’ with some repaired and some unrepaired cells.

So they then tried to correct the faulty gene before fertilisation. Along with the man’s affected sperm, the researchers then injected into an egg the DNA cutting enzyme Cas9, a piece of RNA to direct the enzyme to the faulty gene, and another piece of normal DNA to be used in the repair.

So what we make of this?

There is no doubt that this research represents a significant step forward in gene editing technology.

Up until now, the approach to disability in the developing embryo and fetus has essentially been one of ‘search and destroy’. That is, embryos or foetuses are examined for genetic abnormalities and, if found to be affected, are discarded or aborted.

Gene editing, instead, offers the possibility of correcting a genetic abnormality in an individual embryo in order that that individual will then grow and develop normally. It is essentially guided molecular microsurgery and seems to have extraordinary precision. So, in principle, it holds great promise.

However, there are still huge ethical, technological and legislative hurdles remaining before this technology could be considered safe and appropriate for clinical use.

The key questions are around safety, ethics and necessity.

First, any change to the DNA in sperm, egg or a one celled embryo (so-called germline editing) will inevitably be passed down from generation to generation. If any errors are introduced they may be almost impossible to detect or eradicate. This is why over 40 countries currently ban all germline therapy.

But the key question is this: if it were possible to repair an abnormal gene in egg, sperm or embryo safely, would it still be wrong to attempt it given that this could mean, not only curing the affected individual, but eradicating the abnormal gene from the whole family? The question is most poignant when applied to diseases like Tay Sachs which are invariably fatal in childhood, but caused by an identifiable single gene mutation.

Second, this technology is already involving unethical practices in its development. Dozens of human embryos produced were discarded and it is likely that many hundreds and thousands more will be lost as the technology is refined. In addition, thousands of human eggs will be needed for research and young women, possibly driven by financial incentives, will be vulnerable to the well-recognised complications of egg harvesting. Twelve egg donors were used in this research. Preventing serious illness is a noble aim of course, but the end does not justify the means. There is a huge difference between editing a gene to help an individual and using that individual as a means to developing a technique that might possibly help others in the future. Why have we jumped straight to human research before testing this technique exhaustively in higher animals and non-human primates if we are so far from refining it?

Third, there is the danger of mission creep. The initial motivation might be to prevent or treat serious life-threatening illnesses caused by single gene mutations. However, there will inevitably be huge pressure to use this technology for far less serious genetic conditions or to modify, design and manufacture human lives to our preferences. The genie will truly be out of the bottle for designer babies and the vested ideological and financial interests will be very difficult to resist.

Fourth, is the danger of rogue scientists. It will be very difficult to offer proper surveillance or regulation to prevent abuses given that this is effectively ‘portakabin technology’ that will be almost impossible to police. We could be opening up a Pandora’s box of truly frightening possibilities.

Fifth, our understanding of the way genes produce physical traits, including genetic diseases, is still very rudimentary. What we do know is that our previous understanding of ‘one gene producing one trait’ is a gross oversimplification. Genes interact together in very complex ways and by editing one gene we may simply be altering one step in a complex process with knock-on effects elsewhere: rather as pulling a single thread from a knitted garment can lead to further spontaneous unravelling. This again underlines the importance of rigorous research being done in animals and especially nonhuman primates, before it is even contemplated in human beings.

Sixth, there are alternative ethical approaches to the prevention and treatment of many single gene disorders. I’m not advocating preimplantation diagnosis or abortion because, as noted above, both are eugenic practices involving the destruction of individuals with special needs. But, for example, parents known to be carrying deleterious genes can obviously avoid passing them on to their offspring by opting for  adoption. The vast majority of single gene disorders are neither serious nor life-threatening and even for those that are there often supportive treatments available (see also my previous blog post ‘13 solutions to mitochondrial disease assessed’).

Why am I more open to this technique than the three parent embryo for mitochondrial disease? Don’t both involve germline therapy? Don’t both promise to eradicate defective genes? Yes, but the similarities end there. Three parent embryo techniques do not work for single gene disorders, they introduce a third parent and they involve cell-nuclear replacement ‘cloning’ technology.

By contrast, gene editing is precise, anatomical and appears to work. It resonates much better with ‘restoration of a masterpiece’ (the human embryo) to its original unspoilt state than the unnatural fusing of tissues from three individuals we see in so-called ‘mitochondrial replacement’. It is more Michelangelo than Picasso. In fact DNA editing has already been successfully employed to treat mitochondrial disease in mice.

But the real questions are ‘is it safe’, ‘will it work’ and ‘can it be developed by ethical means’? And we are a long way from knowing the answers. We need to find these answers, but not by using human embryos as a means to an end.

Instead we need to employ techniques that treat the human embryo with the respect and care that it deserves as a very young, yet complete, human life.