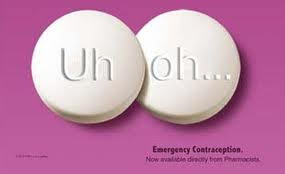 Morning-after pills don’t cut teen pregnancy according to a new study due to be published in the Journal of Health Economics. Furthermore it appears that they actually increase the risk of sexually transmitted disease.

These findings are the latest nails in the coffin of the Labour government’s teenage pregnancy strategy, dreamt up by the now defunct Teenage Pregnancy Independent Advisory Group (TPIAG) which was set up in 2000 to advise the government on how to cut teenage pregnancy.

The new research, by professors Sourafel Girma and David Paton of Nottingham University, compared areas of England where the scheme was introduced with others that declined to provide the morning-after pill free from chemists.

Norman Wells, director of the Family Education Trust, is reported in the Sunday Times as saying, ‘International research has consistently failed to find any evidence that emergency birth control schemes achieve a reduction in teenage conception and abortion rates. But now we have evidence showing that not only are such schemes failing to do any good, but they may in fact be doing harm.’

Last October it was announced that the TPIAG was one of 192 government quangos to be scrapped.

Not a moment too soon!
Posted by Peter Saunders at 16:09