A third of NHS trusts still offer homeopathy despite there being no scientific evidence for its effectiveness. Some Christian reflections. 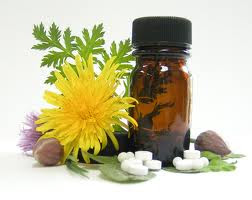 I was a little surprised to read on the BBC website today that a third of NHS trusts still fund homeopathy despite repeated calls for them to stop.

GP magazine obtained data from two thirds of primary care trusts, showing 31% were paying for patients to use the highly-diluted remedies.

This news comes after doctors and the House of Commons' Health Committee called for NHS funding of homeopathy to end. However, the government has said it is up to local trusts to decide.

Previous estimates have put NHS spending on the treatment at £4m a year - this pays for four dedicated homeopathic hospitals and prescriptions. Given that there is no scientific evidence that homeopathy actually works this raises serious questions about whether, in a time of economic restraint, the money might not be better spent elsewhere.

Two years ago, one of the country's leading professors of complementary medicine’ offered a cash prize to anyone who could prove that homeopathy actually works.

Professor Edzard Ernst said he would award £10,000 to the first person who could show the controversial treatment is better than a placebo in a scientifically controlled trial.

The prize to this day remains unclaimed.

In an article in the Guardian this time last year, ‘No to homeopathy placebo’, he spelt out his objections in more detail.

'The first thing any critical mind has to note is that the two basic assumptions of homeopathy fly in the face of science. Like does not cure like and diluting remedies ad infinitum does not render them stronger but weaker. But perhaps there was something entirely new and undiscovered here, the stuff of Nobel prizes that revolutionises our understanding of nature?

But apart from the lack of scientific evidence for its efficacy, are there any other specifically Christian objections to its use?

In a 2003 review for Triple Helix, George Smith, after reviewing the scientific evidence raised reservations from a Christian perspective:

‘Can we, with integrity, prescribe a medicine that does not contain one molecule of effective remedy? Is it good practice to prescribe remedies that have been investigated without producing any consistent evidence of efficacy? Is it responsible to delay or withhold orthodox proven medical treatment whilst relying on an unproven alternative remedy? Is it acceptable to use a therapy that relies on the principle of vital force, clearly comparable with the Ch'i (yin and yang) of Eastern religions and the cosmic energy of New Age philosophies? Should we use a therapy that some practitioners mix with divination, astrology and pendulum swinging, which are clearly forbidden in the Bible?’

How should we assess alternative medicines like homeopathy? The following is a quick check list which I have found useful and enlarge upon in an overview previously published in Nucleus

1. Do the claims fit the facts?
The biblical injunction to ‘enquire, probe and investigate thoroughly’ (Dt 13:14ff) must surely be relevant here. We should always ask, ‘What is the evidence that this therapy really works?’

2. Is there a rational scientific basis?
We know how most orthodox drugs work. They may stimulate receptors (eg b agonists in asthma), modify cell transport (eg probenecid), block enzymes (eg allopurinol), replace missing compounds (eg vitamin B12) or chelate toxins (eg penicillamine). The action of any given drug is determined by its concentration at the site of action; and the actions are understandable in view of their known biochemical and physiological effects. By contrast the majority of alternative medicines have no rational scientific basis.

3. Is it the improvement due to the therapy or some other factor?
Transcendental Meditation lowers blood pressure, but why? Is it because it enables the Goddess Kundalini to migrate up the spine and unite with Brahman in the head (as Hindus believe); or is it simply that meditation induces relaxation and reduces the sympathetic output that raises blood pressure?

6. Is it medically safe?
Most alternative therapies have little in the way of side effects, but there are exceptions. Acupuncture, for example, may cause pneumothaorax or transmit infection. Chiropractic neck manipulation has been associated with vertebral artery obstruction and some herbal therapies result in toxicity or even death. But perhaps the greatest danger is that alternative therapies can create a false sense of security which leads to delay in diagnosis or in implementation of effective orthodox medicine.

7. Has it stood the test of time?
This is not an acid test – some bad things stand the test of time – but if something doesn’t then it is unlikely there is much in it. And perhaps that is the big question about homoepathy. Given all those dilutions, is there actually anything in it?
Posted by Peter Saunders at 09:57