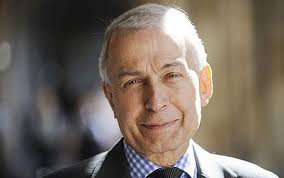 I was interested to see that MPs Frank Field (Labour) (pictured) and Nadine Dorries (Conservative) intend to put down an amendment on abortion counselling to the Health and Social Care Bill.

The amendment will require new GP consortia to make provision for independent advice and counselling for women presenting at the GP’s surgery with a crisis pregnancy; transferring the requirement away from the remote abortion provider to the local GP. Dorries makes her case on Conservative Home.

What is particularly striking about this amendment is that neither Field nor Dorries are known as being ‘prolife’ – their major concern is about women’s health.

Britain’s abortion laws leave vulnerable women without the most basic support and help when facing a crisis pregnancy.

In practice, women have little access to any counselling independent of the abortion industry and that which is provided is carried out according to the College of Obstetricians and Gynaecologists guidelines, which have been widely criticised in the national press (see Daily Telegraph and Daily Mail) for underplaying the physical and psychological consequences of abortion.

I have previously posted an open letter to David Cameron about them on this blog. (The Prime Minister’s staff have incidentally sent me a short three sentence reply on his behalf thanking me for my letter but not answering any of my questions – so no surprises there)

Those GPs, like Tamie Downes, who attempt to help women facing crisis pregnancies find themselves being maliciously reported to the GMC and ‘outed’ in national newspapers, simply for daring to provide a much-needed service.

Furthermore, whilst over 90% of abortions are funded by the NHS, there is no financial provision for counselling, meaning that private abortion providers in particular have a vested financial interest in women deciding to go ahead with the procedure.

This means that women with unplanned pregnancies who are seeking advice and support presently receive little or no counselling at all. Many feel rail-roaded into the decision. Face to face post abortion counselling is only provided if the woman returns to the abortion clinic and very often, it isn’t available.

Many women who have abortions do not experience adverse consequences, however, many do. The link between abortion and subsequent pre-term delivery, with all its complications and huge associated costs, is now well established.

Also, a landmark paper published in the British Journal of Psychiatry in 2008 has shown that pregnant women who abort are 30% more likely to develop mental health problems than those who do not.

The Royal College of Psychiatrists now acknowledges research that shows a link between abortion and mental illness, has revised its guidance on the matter and is currently carrying out a major review of the literature.

The quest to make abortion quick and accessible has meant that many women enter the process confused, without proper information, unaware of any physical or mental health consequences.

This amendment, if passed, will give them the opportunity of a properly informed choice. I hope that it enjoys wide support from both sides of the House.
Posted by Peter Saunders at 15:02