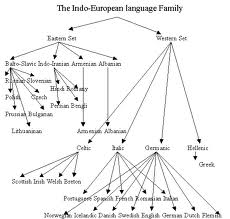 Last week I put together a list of twenty questions that, in my experience, atheists either ‘won’t or can’t answer’ and invited coherent responses.

I was not, in posting these, saying that atheists have no answers to them, only that as yet in over forty years of discussion with them I am yet to hear any good ones.

The post generated 2,400 page views and 52 comments in a week and ten people attempted to take up the challenge by answering the questions.

I posted my own answers to the first six yesterday and now follow with the next five.

7. How do we account for the origin of 116 distinct language families?

There are 6,909 languages in the world according to the Ethnologue. It is clear that languages evolve, both over time (Spoken Chaucerian English would not be recognised by a contemporary English speaker) and by borrowing words from other languages.

There are similarities between the Slavic, Germanic and Baltic languages and they are all also related to Latin and Greek. It would perhaps therefore be easy to conclude that all languages are related to each other in some way but this is not actually the case.

Each of these language families, in spite of some borrowed words from other families, is distinct with respect to vocabulary and grammar, and all of them are very complex.

How did this situation arise? Some linguists believe that all the world’s languages trace back to one proto-human language over 50,000 years ago, but that they have each evolved so much in the intervening time that no recognisable traces of the proto-language now remain. Others believe that there were many different proto-languages which arose spontaneously in different parts of the world.

The biblical record attributes the world’s varied languages to a supernatural confusion (multiplication) of languages by God occasioned by the building of the tower of Babel. We are told that originally all the world’s people spoke one language, but that when they began working together in rebellion against God he supernaturally caused them to speak different languages so that they would be unable to understand each other and would be divided from each other and spread all over the world.

Is this plausible? Well if the God in which Christians, Jews or Muslims actually exists then surely he would be able to do such a thing and may wish to. But does it fit the evidence?

In fact, if such an event had occurred, then the very thing we would expect to find is a large number of distinct language families each with its own complex vocabulary and grammar, which is exactly what we do find.

This of course does not prove the biblical account, but it is entirely consistent with it.

The origin of 116 distinct language families is a question atheism struggles to answer.

This was perhaps my clumsiest worded question and my critics have taken great delight in pointing out that Australia did not have a city until 1788 and that Antarctica has never had one! Furthermore some cities predated 3,000BC. All this is of course true.

I should have checked more carefully, but in fact most of the earliest cities were still built over a relatively narrow historical range of 3,000 or so years starting in about 5,000BC.

Why is this important? Well it raises an important question. If, as we are told, ‘anatomically modern’ humans originated in Africa about 200,000 years ago, reaching full behavioural modernity around 50,000 years ago then why did it take them so long to get their act together and why did people in very diverse parts of the world suddenly all start building cities in the same narrow time frame?

One might argue that the building of cities requires a certain level of technology, but this just moves the question back one step to ask why it took man in ‘full behavioural modernity’ 45,000 years to develop this technology and why it was suddenly developed all over the world in such a small window of time.

Perhaps modern man is not quite as old as we think.

9. How is independent thought possible in a world ruled by chance and necessity?
11. How is free will possible in a material universe?

These two questions are really two sides of the same coin as free will flows from independent thought. So I will consider them together.

If the world is entirely ruled by chance (random processes) and necessity (dictated by invariable physical laws) then how do we account for independent thought?

We all have the impression that our thoughts are under our own conscious control; that we can choose what to think about and what ideas to pursue.

But how could this be so if the thoughts in our minds are nothing but electrical currents flowing through neuronal circuitry?  Would this not mean that our thoughts themselves are simply programmed and determined by physical laws?

And would this therefore not also include the very thought that our thoughts are nothing but electrical currents flowing through neuronal circuitry? And if so how can we be sure that this thought, or any thought for that matter, are in fact true?

It would seem that we cannot have it both ways. If independent thought is not possible then we can only think and say what we are programmed to think and say. But this is not our human experience.  We all think we have more control over our thoughts, feelings and decisions than that.

But equally if independent thought and free will are actually possible then  it would imply that our thoughts and decisions are not in fact simply the product of chance and necessity.

Independent thought and free will are things that atheism struggles to explain.

This is not a problem for theism in the same way, which believes in a dimension beyond the merely physical, and holds that chance and necessity are not the only causes operating in the world.

The intricacies of the mind-body problem have occupied philosophers for millennia and are beyond the scope of this short article, but a materialistic world view based on atheism is too simplistic to explain its intricacies.

This question builds on 9 and 11. Each of us has what we might call a sense of self.

Other people can observe our behaviour and listen to our speech and then make reasonable deductions about what we are thinking and feeling. They might even, with sophisticated enough equipment, place electrodes into our brains and detect electrical signals that produce certain feelings and sensations. We might even say that it could one day become possible for others to read our thoughts and feelings in this way.

But other people cannot think our thoughts, sense our pain, nor feel our feelings in the same way that we do. It is we alone who have that private access to them.

But what is the self that thinks these thoughts and has these sensations and feelings?

Atheists are materialists, believing that physical matter is the only reality and that everything, including thought, feeling, mind, and will, can be explained in terms of physical phenomena.

This has led some atheists to suggest that self-awareness results when electrical circuitry becomes sufficiently sophisticated and that one day we might be able to make computers that are self-aware. But they struggle to explain how circuitry alone can produce a subjective sense of self. This is not a problem for theism in the same way, as theists believe that the merely physical is not all that exists.