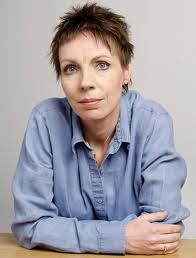 There has been considerable media interest in the fact that two MPs (Nadine Dorries and Frank Field) have tabled abortion amendments to the Health and Social Care Bill (See Sunday Express, Daily Mail and Daily Telegraph).

These two MPs are attempting to ensure two things.

Not surprisingly this move has generated a strong reaction from abortion providers and pro-choice commentators.

‘This amendment is a misguided attempt to solve a problem that does not exist. If abortion providers have a vested interest, it is to be as sure as possible that women are making the choice that is right for them. The RCOG is clearly the body best suited to produce guidance on what information is appropriate. We find it bizarre that anyone should think that this expert, clinical role should be removed from them.’

Ann Furedi (pictured) does not give any reasons to support her claim that the RCOG is the best body to provide guidance and fails to mention that this body’s abortion guidance has been widely criticised for misrepresenting research data.

This is precisely the problem that Dorries and Field are attempting to address. She also does not tell us that 11 of the 18 people on the RCOG panel producing the guidance benefit financially from abortion provision nor that both BPAS and MSI are represented on the panel. Nor does she mention that there are no psychiatrists on the panel despite the fact that it purports to speak authoritatively on the link between abortion and mental health.

The RCOG, which published the latest draft of its guidance in January without a proper consultation period, has now withdrawn it in order to await a report from the Royal College of Psychiatrists. I have previously already written to David Cameron with my concerns about the lack of transparency, bias and undue haste surrounding their consultation.

The comments of Telegraph 'Strategic Events Editor' Tom Chivers (pictured) are also a revealing example of the way that scientific evidence is cherry-picked by pro-choice commentators in order to justify their view that abortion has few if any consequences for women’s health.

In a blog titled ‘Abortion and the 'Right to Know' – or, why we should link to our sources’ Chivers criticizes Dorries and Field for not quoting primary sources to support their claim that women having abortions are 30% more likely to experience mental health problems.

He correctly identifies the primary source (after help via friends on Twitter) as an article by Fergusson et al originally published in the British Journal of Psychiatry in 2008 but then goes on, ironically, to make misleading statements about the scientific evidence.

Chivers claims that the Fergusson study is ‘now rather out of date’ and that ‘The BJPsych itself has revisited the topic, with a 2009 systematic review’. Both these statements are simply untrue.

If you follow the link in Chivers’ blog you will see that it does not refer to a BJPsych review at all, but rather to a letter written to the journal by two non-psychiatrists with close links to the pro-choice movement, Sam Rowlands and Kate Guthrie.

The Royal College of Psychiatrists has itself acknowledged in a 2008 statement that there are in fact studies which show a link between abortion and mental health problems and is currently carrying out a review of the literature that has not yet been published.

The review that Rowlands and Guthrie refer to is not from the editors of the BJPsych at all (or the Royal College) but is actually one by the American Psychological Association which has been widely criticised as I have previously outlined on this blog.

Why is all this so important? For two reasons.

First most abortions in Britain (about 98%) are carried out on mental health grounds when in fact there is no clear evidence in the literature to show that being denied abortion has mental health consequences. The jury is still out on this question as the RCPsych acknowledges. This makes the vast majority of abortions in Britain technically illegal.

Second, there is growing evidence that abortion actually poses a risk to mental health. The significance of Fergusson’s research is that it was a particularly robust 30 year longitudinal study which had carefully corrected for confounding variables. What makes it doubly interesting is that Fergusson himself comes from a pro-choice perspective so arguably had a vested interest in his research not showing any link between abortion and mental health problems.

Fergusson and his co-authors are simply asking that people be honest about the scientific facts. I will leave the final comments to them.