David Cameron, by his comments about homosexuality, demonstrates that he does not understand what true tolerance actually is 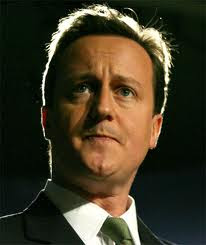 The number of cases involving Christians falling foul of the prevailing orthodoxy on homosexuality is growing steadily.

I commented recently on that of Dr Hans-Christian Raabe, a Manchester GP, who was sacked by the Home Office from the Advisory Council on the Misuse of Drugs (ACMD) simply for quoting an article published in a peer-reviewed journal supporting a link between homosexuality and paedophilia.

Then there is Lesley Pilkington, a counsellor, who is facing disciplinary proceedings by the British Association for Counseling and Psychotherapy for trying to assist a man who had approached her asking for help dealing with unwanted feelings of same-sex attraction. He turned out to be a gay undercover journalist who was seeking to expose her, as she discovered when the story appeared in a national newspaper.

Most recently we have the case of Eunice and Owen Johns, who were effectively prevented by a judge from becoming foster parents after telling a social worker they would not tell a child that homosexuality was acceptable.

Some commentators, who ironically are well known for supporting the gay rights agenda, are saying that these judgements and disciplinary actions have gone too far.

Gay historian David Starkey said on BBC’s Question Time on 3 March that penalising Christians for their beliefs about homosexual behaviour is ‘intolerant, oppressive and tyrannical’.

Commenting specifically on the cases of Christian foster carers and B&B owners who have suffered under unjust equality policies, Starkey added, ‘It seems to me that what we are doing is producing a tyrannous new morality that is every bit as oppressive as the old.’

He warned that this new morality was intolerant, oppressive and ‘intrusive into family life’ and claimed that ‘we are producing a new tyranny’.

Against this background, Prime Minister David Cameron’s comments, when questioned in Derby yesterday about the Johns’ case, appeared quite bizarre.

Asked if he thought Christian views were incompatible with an acceptance of homosexuality he said: ‘I think Christians should be tolerant and welcoming and broad minded.’

Pointing out that he also went to church, he added: ‘This matter was decided by a court in the appropriate way and I think we should rest with the judgement that was made.’

Taken at face value, the Prime Minister seems to believe that expressing the view that homosexual acts are immoral is now unacceptable, even for Christians.

This view is consistent with his sacking of Tory candidate Philip Lardner last year for stating on his website that he believed homosexual acts were ‘not normal behaviour’, a view held by a significant section of the British population.

Theresa May managed to hold on as Equality Minister after the election, despite over 75,000 people joining a Facebook group asking for her to be sacked on the basis of her past ‘homophobic’ voting record, but only because she said her views on homosexuality had now changed.

It seems that it is no longer acceptable in the Tory party to express the view that homosexual acts are in any way unnatural or immoral. But in fact the orthodox Christian position, upheld by the Bible itself, is that they are both. (I discuss the matter of 'homophobia' elsewhere)

The fact that at least one of these incidents predated the formation of the coalition government suggests that David Cameron is personally committed to his views, and does not hold them simply in order to appease the Liberal Democrats.

But he is advocating a very strange form of tolerance.

Voltaire, the French philosopher, satirist, the embodiment of the 18th-century Enlightenment, is remembered as a crusader against tyranny and bigotry.

His teaching on tolerance is summed up by the quote, ‘I may disagree with what you have to say, but I shall defend to the death your right to say it.’

David Cameron uses the word ‘tolerance’ but seems not to believe in the same sort of tolerance as Voltaire. When the Prime Minister says that Christians should be tolerant, he means that they should not express beliefs with which people like himself disagree.

By contrast, Voltaire sought to defend the right of his opponents to express views he strongly disagreed with, and saw this freedom as a bulwark against tyranny and bigotry.

David Cameron also seems to want to encourage Christians to teach that homosexual acts are not immoral.

Here he finds himself disagreeing not with Voltaire but with Jesus Christ himself. In speaking to the church of Thyatira in Revelation 2:18-29, Jesus, after commending them for their ‘deeds, love and faith, service and perseverance’ goes on to say: ‘Nevertheless, I have this against you: You tolerate that woman Jezebel, who calls herself a prophet. By her teaching she misleads my servants into sexual immorality…’.

It seems that this 'Thyatiran' approach is exactly what David Cameron is advocating. But it is not a form of tolerance of which Jesus Christ himself approved.

Christian teaching is very clear that all sex outside the context of marriage (a lifelong, covenant relationship between a man and a woman) is morally wrong.

There are of course many sins other than sexual sins. But Christians should be free to believe and teach what the Bible itself teaches, without being castigated by a 'churchgoing' Prime Minister for doing so.

David Cameron, by his comments yesterday about homosexuality, demonstrates that he does not understand what true tolerance actually is.
Posted by Peter Saunders at 15:49