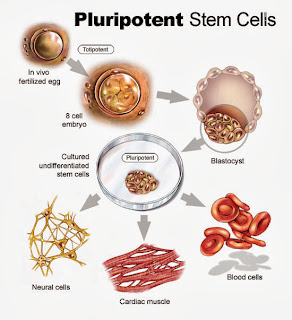 Here is another amazing breakthrough in ethical stem cell research that I haven't yet seen reported by any UK media source.

Researchers have for the first time converted cultured skin cells into stem cells with near-perfect efficiency. The discovery could clear the way for scientists to produce large volumes of stem cells on demand, hastening the development of new treatments for conditions like Parkinson’s disease, spinal injury and diabetes.

Some ten years ago scientists thought that the only way of producing programmable therapeutic stem cells was to cannibalise human embryos (see picture).

The problem was that these embryonic stem cells could not be transplanted into other individuals without inducing immunological reactions or tumours and their harvesting involved the destruction of human embryos.

But then in 2006, scientists first showed that mature body cells could be reprogrammed to act like embryonic stem cells — capable of growing indefinitely and of becoming any type of cell in the body, a property known as pluripotency (see diagram below right).  Shinya Yamanaka of Kyoto University won the Nobel Prize in medicine last year for his pioneering work in producing induced pluripotent stem cells (iPS) from adult skin cells in mice. 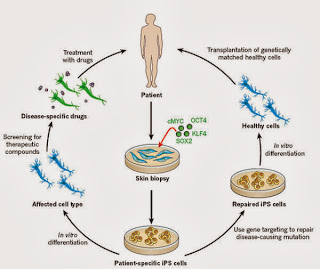 Yamanaka’s techniques have been since refined but the production of these induced pluripotent stem cells remained mysteriously inefficient.

Now, by removing a single protein, called Mbd3, a team at the Weizmann Institute of Science in Rehovot, Israel, have been able to increase the conversion rate to almost 100% — ten times that normally achieved. Moreover, the researchers show that the cells all transition to pluripotency on a synchronized schedule.

The new work, described this week in Nature, has huge potential for therapeutic advance and does not involve the destruction of early human life in the process.  It is amazing that manipulating a single molecule is sufficient to make this switch, and make essentially every single cell pluripotent within a week.

The work was carried out using mouse cells but the team has also reprogrammed human cells from a human and demonstrated similar effects.