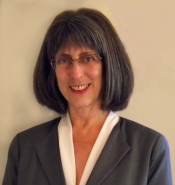 This followed submissions that we made on the issue to both the Human Fertilisation and Embryology Authority (HFEA) and the Nuffield Council.

I was therefore most interested to see these same views expressed this week an article in Nature arguing that the UK’s decision to trial the technique is ‘both premature and ill-conceived’.

Marcy Darnovsky (pictured) is executive director of the Center for Genetics and Society in Berkeley, California. In an article titled ‘A slippery slope to germline modification’ she points out that ‘those opposed to green-lighting mitochondrial replacement have been described in some quarters as religious objectors, against all types of IVF’.

However, she says, ‘many secular and actively pro-choice scientists, bioethi­cists and women’s-health advocates have voiced grave and detailed concerns about the safety and utility of mitochondrial replacement, and about authorizing the intentional genetic modification of children and their descendants.’

Were the United Kingdom to grant a regulatory go-ahead later this year, she argues, it would unilaterally cross ‘a legal and ethical line’ observed by the entire international community that ‘genetic-engineering tools’ should not be used ‘to modify gametes or early embryos and so manipulate the characteristics of future children’.

She calls claims that such therapy would not affect a person’s identity ‘scientifically dubious’  and warns that ‘the permissive record of the UK regulatory authorities’ raises the prospect that inheritable mitochondrial changes would be used as a ‘door-opening wedge towards full-out germline manipulation, putting a high-tech eugenic social dynamic into play’.

To the claim that mitochondrial techniques would save lives, she points out that ‘these women have much safer alternatives, including pre-implantation genetic diagnosis and the use of third-party eggs with conventional IVF’.

In addition she notes that among that much smaller group, a significant majority of cases involve mutations in nuclear as well as in mito­chondrial DNA, and so could not be helped by mitochondrial replacement.

Safety, she adds is ‘unproven’ and the results of animal trials are ‘far from reassuring’. Her overall assessment?

‘The question raised by these proposals is whether a risky technique, which would at best benefit a small number of women, justifies shred­ding a global agreement with profound significance for the human future. We need a moratorium on procedures based on human germline modification while that question is widely and fairly considered.’

Genuine concerns about this new mitochondrial technology have been swept aside in Britain in the headlong rush to push the scientific boundaries. But in many countries around and the world, and by commentators from both secular and faith based scientific backgrounds, Britain is viewed as rogue state in this area of research.