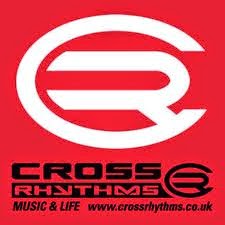 I was recently interviewed by Emily Graves of Crossrhythms Radio about that the failure of the Crown Prosecution Service (CPS) to take action in cases of sex selection abortions and pre-signing of abortion forms. The full transcript is available on line and is reproduced here.

The CPS has opted to take no further action in regard to two named doctors who sought to authorise abortions on grounds of sex selection in 2012. In a letter to Christian Medical Fellowship the Metropolitan Police said that, although there is sufficient evidence for a realistic prospect of conviction, it is not in the public interest to prosecute.

With regard to doctors at 14 NHS Trusts who pre-signed abortion forms authorising abortions for women they had not actually seen, the CPS has also opted not to act on grounds that 'the practice of pre-signing has clearly evolved over a number of years', is 'clearly widespread' and may well be due to 'clinical pressures' or 'good intention'.

Emily: Please could you give us a general picture of what your position on abortion is at the Christian Medical Fellowship?

Dr Peter Saunders: We're opposed to abortion, because we believe that all human life is made in the image of God and incredibly precious. The whole Christian ethic is that the strong make sacrifices for the weak - that's what Jesus did for us - and there's nothing more vulnerable and more innocent and weaker than the baby in the womb. We believe that that baby deserves legal protection and that to take the life of an innocent human being is wrong. So that's where the position is based.

Emily: Tell us a little bit about the cases of sex-selection abortions that have taken place in the UK.

Dr Peter Saunders: Well, the Daily Telegraph, a couple of years ago, sent some of their undercover reporters to a number of abortion clinics to ask for abortions purely on grounds of the baby being the wrong sex and two doctors were secretly filmed authorising abortions on those grounds, when in fact the Health Minister has been very clear that that's against the law. That led to a police investigation and a report by the Crown Prosecution Service, which has stirred up all the controversy.

Emily: There has been a rise, then, in cases of this description?

Dr Peter Saunders: Well, there hasn't been clear evidence of sex-selection abortions happening with any great frequency in Britain. But abroad, particularly in South Asia - in India and in China - there have been a large number of sex-selection abortions. In fact there are 160 million missing females in those two countries as a result. And because there are Asian populations here who favour boys, there's been a concern that there've been undercover sex-selection abortions. The Telegraph sting was aimed at identifying doctors who, presented with a case scenario, would actually go ahead and authorise these abortions. Of course the people going were undercover reporters and so no abortions were performed in these two situations, but it was still against the law and the Crown Prosecution Service said that there was enough evidence to prosecute these doctors, but they felt it wasn't in the public interest to do it and that's what's caused all the uproar and controversy.

Emily: We will talk a little more about that in a second, but what about these cases is particularly worrying, apart from the reaction from the Crown Prosecution Service?

Dr Peter Saunders: There's a range of opinion on abortion in Britain as you would expect, from the pro-choice to pro-life end - but abortions done purely on grounds of sex seem to unite everyone right across the political spectrum and across the pro-choice/pro-life spectrum. What's been striking about this is that a lot of the criticism has come from pro-choice feminists, who are nonetheless strongly opposed to sex-selection abortion because they believe in this case, that it discriminates against women and undermines all the work they've been doing on trying to curb human trafficking and sex abuse. So the Director of Public Prosecutions has attracted the wrath of all sides because everyone, with a few exceptions, seems to be of the view that, even if abortion is acceptable in some circumstances, that it's most definitely not on grounds of sex-selection alone.

Emily: So what does pre-signing abortion forms actually entail?

Dr Peter Saunders: This is another problem and this was again identified as a result of a survey by the Care Quality Commission that was carried out in response to an article in the Telegraph. They found that in 14 NHS Trusts doctors had pre-signed forms. Now what this means is that under the Abortion Act, you can't have an abortion unless two doctors sign a special statutory form to say that the conditions laid down in the Abortion Act apply. What had happened in these 14 trusts was that doctors had gone through and pre-signed a whole load of forms without seeing the women concerned, so in other words it was left to just one doctor to authorise the abortion rather than two. That is a form of perjury: it's knowingly and wilfully putting your signature to a statutory document to say things that you know aren't actually true. I think there will be more controversy on this as to why the Director of Public Prosecutions didn't prosecute in the case of these NHS Trusts. He argued that this is a widespread practice; well you know, speeding is a widespread practice, but we still prosecute people who speed. It just seemed a ridiculous argument. If the law is there and it's the will of Parliament, then it is the Crown Prosecution Service's job to uphold the law; not to interpret it and let people off just because a lot of people are breaking it. The problem with the Abortion Act is that there has been pretty widespread, if not flagrant, abuse of the provisions of the Act in a whole host of areas, of which pre-signing is one.

Emily: Going back to the Crown Prosecution Service, what has been their position on why they haven't gone and taken action?

Dr Peter Saunders: Well the Crown Prosecution Service position on sex-selection was that there was enough evidence to prosecute but it wasn't in the public interest to do so and on the forms it was just that it's such a widespread practice that they essentially were going to let them off. What they argued was that it's a matter for the General Medical Council, not for the courts and that's what's provoked the huge reaction. Within hours of this story appearing in the Telegraph, the Health Minister Jeremy Hunt had asked the Attorney General Dominic Grieve to demand from the Crown Prosecution Service an urgent clarification as to why they'd made this decision. Then the next morning on the Radio 4 Today programme, the previous Director of Public Prosecutions before the current one heavily criticised the Crown Prosecution Service saying he didn't understand why they had made this decision. Then the Shadow Attorney General, who is Labour and a pro-choice feminist woman, Emily Thornberry, she wrote to the Crown Prosecution Service saying that they'd undermined all the work they'd done on sexual abuse and this was inexcusable: they were bypassing Parliament. Then everyone weighed in; we had 50 MPs writing to the Telegraph saying that this was completely unacceptable and then the General Medical Council itself said: Well, we're a regulatory body: it's not our job to bring these doctors to task; it's up to the courts. There's been a phenomenal amount of reaction.

Emily: Yeah, because really they're not doing the job properly.

Dr Peter Saunders: Exactly! The Director of Public Prosecutions is paid to head up the Crown Prosecution Service, which is meant to uphold the law; if he's not upholding the law that's very, very serious.

Emily: So what does the Christian Medical Fellowship want to see happen in order to tackle this issue?

Dr Peter Saunders: What we'd like to see is for the law to be properly upheld and we believe that these two doctors should be prosecuted - if there's enough evidence to do it, as the CPS has already said there is, they should go ahead and prosecute them and hear their cases in court. If they're convicted of illegal abortion then it should then at that point go to the General Medical Council to decide whether these doctors should be struck off. That's the proper procedure for it. If that doesn't happen then I'm sure there will be more reaction from Parliament, but this issue isn't going away and we haven't really seen the issue of pre-signing forms yet aired in the media but that may well be coming as well because it's the same sort of problem of the CPS not upholding the law.

Emily: How can we find out more about this issue?

Dr Peter Saunders: There's quite a lot on it on the Christian Medical Fellowship blog, which you can access through our website; there's lots in the newspapers, particularly in the Telegraph and other Christian organisations like Christian Concern and The Christian Institute have been covering it as well, but it's a story that's going to run and run and to evolve further.

As Christians we believe that God puts the governing authorities in place and he expects them to create or to uphold justice and keep order and so it's very serious when, in a democratic society, laws have been made and then they're not being properly upheld. I mean in a sense, it's sending a signal to the world that Britain is open for business as far as sex-selection abortion goes, if doctors can do it, authorise it and then not to be brought to account when it's clearly against the law.
Posted by Peter Saunders at 13:25