Presumed Consent for Organ Transplantation – What does the Bible say? 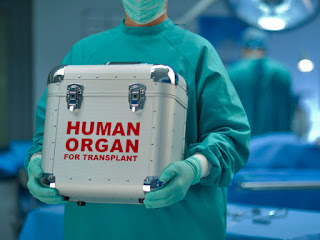 Geoffrey Robinson MP wants to bring in an opt-out system for organ donation in England. His Organ Donation (Deemed Consent) Bill is due its second reading (debate stage) on 23 February 2018.

It seems he has a lot of support and yet evidence for the claim that an opt-out system will increase transplants is still lacking and the Nuffield Council has advised this month that robust evidence is needed before any change to the law is considered. See previous CMF blogposts on this issue here, here and here)

In deemed (presumed) consent, a person, unless he or she specifically ‘opts out’, is assumed to have given consent to the harvest of their organs after death, even if their wishes are not known. Although relatives may be consulted (a so called ‘soft’ opt out), to ascertain any wishes of the deceased expressed before death, their views can still be overruled by the state should they decide against transplantation.

The Bible does not deal specifically with organ transplantation, as the technology was not then available, but we believe that the timeless principles it outlines can be applied to contemporary situations (2 Timothy 3:16, 17).

So what biblical principles are relevant? Here are twelve points which should be considered:

1. The value of human life.

God the Father, through his son, the Lord Jesus Christ, is the Creator, the Sustainer and the Lord of all life (Colossians 1:15-20; Hebrews 1:3). All human life, is made in the image of God (Genesis 1:27, 9:6) formed in the womb by God (Psalm 139:13-16) and belongs to God (Psalm 24:1). It must therefore be treated with the utmost respect from its beginning to its end, including the unborn, the helpless, the handicapped and those advanced in age.

Human beings were created with physical bodies from ‘the dust of the earth’ (created inanimate matter) but receive the ‘breath of life’ from God, making us ‘living beings’ (Genesis 2:7). Whilst described as ‘spirit, soul and body’ (1 Thessalonians 5:23) these component parts are not divisible but exist together as an integrated whole. We are ‘ensouled bodies’ or ‘embodied souls’.  Our bodies are therefore very important and what we do to and with them has great moral significance.

Whilst our bodies will decay after death, human life does not end at death but every person on earth survives death to face judgment (Hebrews 9:27) when Jesus returns. We then face one of two destinies – either to live with God forever (1 Corinthians 2:9) or to be banished to hell (2 Thessalonians 1:7-10; Revelation 20:11-15).

4. The resurrection of the body

5. Ownership of the body

God places us in a network of supportive relationships - families (Psalm 68:6), communities (the church is the body of Christ) and nations (Acts 17:26). As Christians we are not our own, as we were ‘bought with a price’ through Christ’s death and resurrection (1 Corinthians 6:19, 20). We belong to God but we also belong in a sense to our families and communities: ‘For the wife does not have authority over her own body, but the husband does. Likewise the husband does not have authority over his own body, but the wife does.’ (1 Corinthians 7:4)

6. The limits of state power

Human authorities are appointed by God and must be obeyed but their rightful authority has limits. So, for example, whilst they can require us to pay taxes or conscript us into the armed forces (Mark 12:13-17) they cannot force us to marry and they do not have authority over our bodies, either before or after death. Money ‘bears the image of Caesar’ so must be paid in tax to governing authorities (Romans 13:6,7) but human beings ‘bear the image of God’ and so belong to God (Genesis 1:27).
Our bodies are temples of the Holy Spirit (1 Corinthians 6:19, 20). God has delegated stewardship to human beings – giving us authority, responsibility, and accountability, to care for our bodies, and those of others, as he himself would.

7. Stewardship of the body

Stewardship of the body, even after death, lies with the person whose body it is, and with their family. There are many biblical examples of people giving instructions about what was to happen with their bodies after death and these were respected by governing authorities. Pharaoh, for example, gave permission to Joseph to bury his father Jacob in Canaan in the tomb of his fathers in accordance with Jacob’s wishes (Genesis 50:1-14). Joseph gave similar instructions about what was to be done with his own bones (Genesis 50:24-26). God himself buried Moses (Deuteronomy 34:5,6). Jesus was himself buried and other biblical references abound (eg. Genesis 23:9, 25:9, 35:8; Joshua 24:33; 2 Chronicles 16:14, 21:20, 21:26; 32:33)

8. The body after death

The body after death must be treated with the utmost respect. Again there is strong biblical precedent for ensuring that bodies even of those who had been executed or killed in war were retrieved and buried whole (2 Samuel 21:1-14). Not to be buried was a mark of humiliation (2 Kings 9:30-37; Revelation 11:9).

9. Organ donation as a sacrificial act

The giving of an organ to provide life or health to another person is a profoundly sacrificial act which resonates with the love of Christ in laying down his body for us. ‘God demonstrates his own love for us in this: While we were still sinners, Christ died for us.’ (Romans 5:8). Christ’s body was ‘broken for us’ on the cross and he showed his life by ‘laying down his life for his friends’ (John 15:13). The Old Testament prophet Ezekiel describing Christ’s death on our behalf uses the language of transplantation: ‘I will remove from you your heart of stone and give you a heart of flesh.’ (Ezekiel 36:26) We are exhorted to be imitators of Christ (1 Corinthians 11:1; Ephesians 5:1,2) and to walk in the way that Christ himself walked (1 John 2:6) The apostle Paul says, as a measure of the devotion and love of the Galatians for him, that they would have ‘torn out their eyes and given them to him’ to alleviate his painful eye condition (Galatians 4:15).

The end, however, does not justify the means. So whilst giving an organ is a good and a sacrificial act, either before or after death, a person must not be killed in the process of, or for the purpose of, retrieving it. (Romans 3:8). This rules out and casts doubt on some practices of organ retrieval (eg. Organ transplantation euthanasia as practised in Belgium, or some forms of ‘beating heart’ donation).

Whilst donation of an organ, either by an individual before or after death, is admissible and  commendable, this must be without coercion and the final decision must lie with the family on the basis of what the person would have wanted, if this is known. Organs are not the property of the state and must not be ‘taken’ without permission, however needy any prospective recipient may be.

Whilst the donation of an organ, with the intention of preserving the life or health of another person, is a sacrificial act consistent with biblical morality and walking in the footsteps of Christ; the harvesting of an organ without the permission of the individual before death or his/her next of kin after death, is inconsistent with biblical teaching about ownership and stewardship of the body.