Investigation into the Liverpool Care Pathway – an update 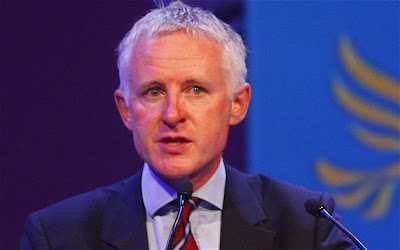 During the meeting, which I attended, the Minister announced a far-reaching review to consider the various issues raised, with an independent chair.

The review will consider the findings of three existing reviews being conducted by the Association of Palliative Medicine ('on the implementation of the pathway and the experience of professionals'), Dying Matters ('on the experience of the patient and their loved ones') and the End of Life Care Strategy ('on complaints surrounding the LCP and end of life care in hospitals').

The LCP has been the subject of criticism but has been defended by over twenty leading healthcare organisations and a group of more than 1,000 doctors. One testimony that has drawn a lot of attention is that of Dr Kate Granger, who as a terminally ill cancer patient and geriatric consultant has knowledge of both ends of this issue.

I have previously blogged extensively on the LCP and welcomed the investigation.

Currently about 80,000 patients per year have been supported by the LCP and there is no doubt that it has hugely improved the care of many thousands of patients in the last hours and days of life.

Furthermore the fact that most patients are dying within 33 hours of being placed upon it tells us that they are dying not from dehydration but from their underlying conditions. People usually take 10-20 days to die from dehydration and patients in the last hours or days of life often do not utilise fluids well and have no desire to drink.

However, the LCP has also come under justified criticism for its inappropriate use in some patients who are not imminently dying, its use by junior staff who have not been adequately trained or supervised and the fact that some relatives have not been informed that their loved ones have been placed on it.

Case reports of patients being on the pathway for up to two weeks before dying, or recovering and living for months after being taken off it after protests by relatives have been particularly disturbing and two doctors at the meeting actually called for the withdrawal of the pathway altogether.

If everyone followed the very clear guidelines issued by those overseeing the LCP’s implementation I doubt that we would be having the current discussion.

However it is clear that in some care homes and district hospitals implementation has been sub-optimal.

In order to iron out the abuses several measures need to be implemented:

2.No one should be placed on the LCP without it being discussed with the relative or carer (although the latter do not need to give consent)

9.Those misusing the LCP should be quickly identified and in the case of abuse reported to the appropriate authorities (General Medical Council or Nurses and Midwifery Council).

Every airline accident should make our next air trip safer. In the same way every abuse or misuse of the LCP should mean that the same mistake never occurs again.

We await the result of the investigation with great interest.
Posted by Peter Saunders at 14:25