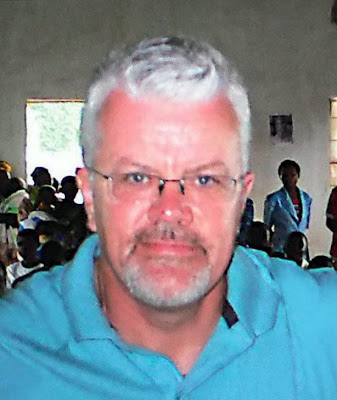 Freedom to disagree and the right to private conscience are fundamental liberties in any truly open society. Yet, the Government has utterly failed to consider the impact on civil liberty of its plans to redefine marriage (See their proposals here).

I have already given ten ways in which these new proposals will undermine civil liberties.

The Coalition for Marriage has just released a new leaflet outlining ten case histories of people who have already been punished in various ways for standing for traditional marriage.

In it they argue that redefining marriage is sold as a permissive measure, but it will quickly become coercive. In fact, they say, it already has. Too many people have already been punished for expressing their sincere beliefs about marriage. If marriage is redefined, it will get much worse. The ten examples they quote are as follows. In each case I have added links to the relevant news coverage.

1. Adrian Smith (pictured) was demoted and had his salary cut by 40 per cent, all because he said gay weddings in churches would be ‘an equality too far’. He wrote those four words outside work time on his personal Facebook page which was not visible to the general public.

2. Peter and Hazelmary Bull were ordered to pay £3,600 in damages because their B&B had a policy of only allowing married couples to share a double bed.

4. Archbishop of York, Dr John Sentamu, received hate mail – some of a racist nature – after he spoke out against the Government’s plans to redefine marriage. North Yorkshire Police investigated the correspondence as hate crimes.

5. Rhys & Esther Curnow are young newly-weds who delivered a 500,000-strong petition against redefining marriage to Number 10 Downing Street. They were targeted online with threatening and hate-filled messages, sparking a police investigation.

6. World Congress of Families had a conference about redefining marriage banned by the Law Society and the Queen Elizabeth II Conference Centre because just discussing the subject would be a breach of ‘diversity policies’.

7. Arthur McGeorge is a bus driver who faced disciplinary action by his bosses just because he shared a petition backing traditional marriage at work during his break time.

8. Dr Bill Beales, a respected headmaster, faced calls for his suspension after he said in a school assembly that people were being ‘placed on trial’ for holding traditional beliefs about marriage.

9. Lillian Ladele, a registrar at Islington Council, was pushed out of her job because she asked her managers to accommodate her belief that marriage is the union of one man to one woman.

10. Dr Angela McCaskill is a deaf diversity officer at a university in America. She was suspended because she signed a petition saying voters should decide whether marriage should be redefined.
Posted by Peter Saunders at 14:46