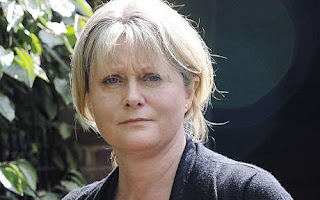 Anne Main (also see here) (pictured) is my local MP. She has an excellent voting record on social issues (you can find out your own MP’s voting record here).

She voted against the redefinition of marriage in February and I have just asked her to co-sign an amendment (New Clause 9) to David Cameron’s same-sex marriage bill calling for a referendum on the issue.

My local Tory candidate for the local elections, Salih Gaygusuz, did not bother replying when I asked him his view on the issue, so I gave my vote to the UKIP candidate Philip Singleton who opposed the measure instead.

I have told my MP this and also that I will (reluctantly) vote for UKIP again in 2015 if the Tory Party continues to drift in its current direction.

If you wish to write to your own local MP urging them to co-sign new clause 9 (which will increase its chance of being debated) you can do so very easily via the write to them website.

The more MPs who co-sign an amendment the more chance it has of being debated.

My letter to Anne is below.

My letter to Anne Main MP

As you will know MPs vote soon on amendments to the government's Marriage (Same Sex Couples) Bill.

I am writing to urge you to co-sign the proposed amendment 'New Clause 9' to the bill which calls for a referendum on the issue.

It is not the government's job to redefine marriage and there is no mandate for this bill.

It didn't feature in any major party's manifesto and there is no public consensus for redefining marriage - many people are opposed to it.

Furthermore the government's consultation ignored half a million responses opposing the redefinition of marriage.

I'm deeply concerned about the bill and what it more widely represents - that the Tory Party leadership is no longer listening to social conservatives.

As a result for the first time I voted for UKIP in this week's local elections.

Despite my longstanding personal support for you I will do so again, with considerable regret, in the next general election in 2015 if the Conservative party continues to drift in this direction.

Peter
Posted by Peter Saunders at 04:16