One in four 2010 Tories say gay marriage turning them off voting Conservative, according to new poll 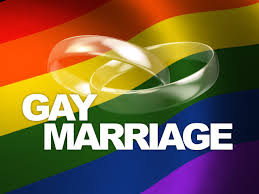 David Cameron faces losing hundreds of county council seats this Thursday, because of his plans to redefine marriage, according to a major new poll of voters entitled to vote in this week’s local elections.

The survey carried out by ComRes ahead of the local elections reveals that one in four of those who helped put David Cameron into Downing Street say the policy is turning them off from voting Conservative.

Asked, "Does the Coalition Government's plans to legalise same sex marriage make you more or less likely to vote for each of these parties in next week's local elections?" one quarter, (26 per cent) of Conservative 2010 voters say less likely with fewer than one in 10 (nine per cent) saying more likely.

The policy is costing the Conservatives three votes for every one gained.

Worryingly for Mr Cameron the poll, carried out between 24th and 28th April, found evidence that the policy was driving voters into the arms of the UK Independence Party, who have seen their poll rating surge in recent months.

Asked about voting intentions for Thursday, more than one in five of voters (22 per cent), said they were planning to vote for Nigel Farage's Party which opposes gay marriage. Amongst Conservative 2010 voters this rises to one in four (25 per cent) who say they will be voting UKIP on Thursday.

Colin Hart Campaign Director for the Coalition for Marriage described the poll as a “real blow for the PM”.

“The Prime Minister has consistently backed the proposed changes to redefine marriage as part of the so called decontamination strategy, but it has not worked. Every section of the electorate are highly sceptical about his motives, believing he is pushing this policy in a cynical attempt to make his party look trendy and progressive. This is the ultimate failure of Blairite triangulation policy.

“As Lady Thatcher famously said, 'If you just set out to be liked, you would be prepared to compromise on anything at any time and you would achieve nothing'."

The poll makes grim reading for Mr Cameron's Coalition partners, the Lib Dems who see their electoral support plummet. In 2009 a quarter, (24.9 per cent) of those voting in the same local elections voted Lib Dem. Four years later this figure is set to halve to just over one in ten (12 per cent).

The poll also found some evidence that this weekend’s attacks on UKIP have boosted support for Mr Farage to the tune of nearly five per cent.

Mr Hart continued: "No 10 will no doubt take comfort that his own performance is slightly less disastrous than Ed Miliband's, who polls under a quarter, (24 per cent), but this compares with less than one in nine people (12.7 per cent) who voted in the same elections in 2009. So these figures represent a significant improvement on where Labour was four years ago.”

The poll is the third blow to Mr Cameron’s gay marriage plan this week. Yesterday a national newspaper published a letter from the leaders of the UK biggest so-called black churches, which was highly critical of the plans.

Black church leader Rev Yemi Adedeji (whose group includes churches representing one million people) accused the PM of turning his back on traditional values to satisfy the demands of a “white, liberal elite” while ignoring the growing ethnic minority communities who might otherwise be part of their core vote.

The letter said that the Government had “no respect for democracy” and warned the Conservatives that the redefinition of marriage could cost them votes by rejecting “difference” and “a plural society”.

And yesterday the Northern Ireland Assembly firmly rejected a Sinn Fein backed proposal to rewrite the current definition of marriage by more 11 votes, an increased majority from when the assembly last voted on the issue.

Mr Hart concluded: “This latest poll is a real blow for the PM. It shows that ripping up the current definition of marriage is a real turn off. It is costing both the Conservative and Lib Dems massive amounts of votes and is significantly driving up support for UKIP.

“The legal safeguards have already started to unravel making much more likely cases like Adrian Smith, the Housing Manager demoted for saying on his personal facebook page that gay marriage in churches was an “equality too far”, or Rev Ross who was sacked because his belief in traditional marriage was “not compatible” with Strathclyde’s police equality policy.

“Now we find out that the leaders of Britain’s largest ethnic minority churches have been completely ignored, including their request for a meeting with the Secretary of State being rejected. Given that Black churches represent well over a million people it is astonishing that this important group would be so marginalised and ignored.”
Posted by Peter Saunders at 16:19