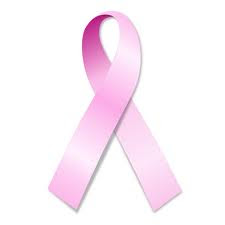 Is there a link between induced abortion and breast cancer?

Any such link has been hotly denied by official bodies but a new study has added further fuel to this ongoing controversy.

This is by far the highest risk elevation reported among 73 publishedabortion-breast cancer studies.

Professor Joel Brind, a professor at Baruch College, City University of New York who is an expert on the abortion-breast cancer link, has observed that women in Bangladesh have very traditional childbearing patterns that reduce breast cancer risk. He first explains why abortion might increase the risk of breast cancer:

‘First, it is universally accepted that having a child decreases a woman’s risk of breast cancer, because the maturation of the cells in the breast into milk-producing cells renders them less susceptible to becoming cancerous. Second, pregnancy hugely increases the number of breast cells vulnerable to cancer. A live birth provides enough time for these “progenitor cells” to differentiate into more mature, more cancer-resistant cells. Therefore, abortion leaves a woman’s breasts with more places for cancer to start than were there before the pregnancy began.’

He then goes on to explain why the relative risk in Bangladesh might be so high:

‘Why such a high relative risk? That’s because almost all women in Bengladesh get married and start having children before they are 21, and breast-feed all their children as well. Consequently, breast cancer has been almost unheard of in Bengladesh, until recently.’

Of 73 worldwide studies since 1957 (including this latest) on the association of induced abortion and subsequent development of breast cancer: 53 studies show an association, and 15 studies show no association. See specifics here.

And yet many official bodies continue to deny categorically any link between abortion and breast cancer.

The Royal College of Obstetricians and Gynaecologists in their 2011 review ‘The Care of Women requesting induced abortion’ (see full report and summary) stated with a heady degree of certainty:

‘5.10 Women should be informed that induced abortion is not associated with an increase in breast cancer risk.’

Their lengthier summary concludes as follows:

There is an overview of existing studies on the American Association of American Prolife Obstetricians and Gynaecologists (see AAPLOG website). It summarises as follows:

‘The possibility of this association has been persistently and vigorously attacked and denied by the major medical groups in the country since l994. The ACOG and the NCI have been particularly strong in opposing any suggestion that there is an association. In so doing, they have taken certain liberties with their interpretation of the scientific literature. AAPLOG feels that these liberties lack basic fairness and balance in reaching their “no association” conclusion.’

It goes on to discuss why such a link might be biologically plausible:

‘There are two pregnancy related independent risk factors for breast cancer established in the medical literature:

The second independent risk factor for breast cancer is induced abortion. As of 2004, 41 studies had been published in the worldwide medical literature (including 16 American studies) reporting data on the risk of breast cancer among women with a history of induced abortion. 29 (70%) of these studies report increased risk. Thirteen of the 16 (81%) American studies report increased risk, 8 with statistical significance (at least 95% probability that the result is not due to chance) irrespective of age at first full-term pregnancy. The relative risk increase of the 41 studies combined is 30%. (Note: this means that among aborted women there would be a 30% increase in breast cancer cases over what would normally be expected).’

In a 2007 CMF File we summarised the available evidence as follows (see source for references):

‘Breast cancer rates have been rising in Europe and North America for several decades and are projected to rise further. There is evidence suggesting that having an abortion may increase a woman's risk of breast cancer in later life. A 1997 review that pooled 23 studies found that the risk increased by 30% but authors of a 2001 review have denied a link. There are clearly powerful vested interests on both sides of this debate and space precludes the necessary in-depth review. However, it is undisputed that a full term pregnancy protects against subsequent breast cancer, and that significantly preterm deliveries make it more likely. The link is therefore biologically plausible.

While it may be prudent to acknowledge that “the jury is out” with regard to a possible link between abortion and risk of subsequent breast cancer, further research is needed to conclude the debate. In the meantime, and in the interests of informed consent, every woman considering abortion should be offered as much information about the possible risks as she wishes.’

The issue has also been previously covered in the CMF Journal Triple Helix but not since 2003.

This is clearly a debate that will run and run and in which huge vested interests are involved.

In the meantime women should not be fobbed off with the unjustified absolutism of the summary sentence from the RCOG, as most presently are.

Rather they should be made aware that a link between abortion and breast cancer is biologically plausible but that the evidence is still hotly disputed by researchers, obstetricians and gynaecologists.