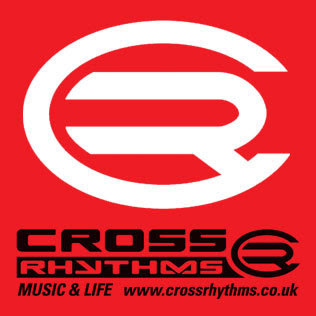 I was recently interviewed by Emily Graves of Crossrhythms Radio about moves to legalise euthanasia and assisted suicide around the world. The following is an extract from the interview focussing on recent developments in Belgium and the Netherlands. The full transcript is available on line.

Emily: Can you tell us a little bit more about what is going on in Belgium at this time?

Peter: Part of the difficulty we have is that it's not been very well reported, or it's been reported in Flemish or French and not been well translated into English media by broadcast or print. What we can gather is that in Belgium euthanasia was legalised back in 2002, but it's only for mentally competent adults, people over 18. What they're wanting to do now is to extend it to children younger than 18 and also to make it available to adults who aren't mentally competent; some of them with Alzheimer's disease or dementia. It's a huge move, which is going to open the boundaries much more.

Emily: When it's specifically speaking about a child, what age range is it referring to? When is the cut-off point?

Peter: They're saying that the child has to be old enough to make a decision. Presumably it applies to older children who are younger than 18. Although it raises a question if a child is not old enough to pick up a drink, to vote, to marry, to drive a car, then why are they giving permission for them to make the most important decision of all about whether they can have their lives ended. It raises real questions; how are they going to determine whether a child's suffering is adequate enough? Is that just going to be subjectively defined depending on the opinion of the doctor? How are they going to work out that they are making a decision free from coercion; a mature decision that's well thought through? It raises all sorts of questions about loopholes and extension.

Emily: Will a child have a full understanding of what this could mean for them?

Peter: We are talking about teenagers aren't we and we all know how often teenagers make quite impulsive decisions that are not well thought through. These are about life style issues; do I have sex, do I drink, do I smoke, do I drive a car in this way and so on and teenagers are notoriously not good because their brains are not yet developed at this stage to properly think through what the consequences of decisions are. Yes, I think it's very dangerous indeed.

Emily: If this is something that does go through do you think it will encourage other countries to go the same way?

Peter: I would hope that other countries seeing this would be horrified and definitely don't want to go down the Belgium route. That's what I hope the reaction will be.

Emily: Since 2005 the Netherlands have not prosecuted doctors who have performed euthanasia on minors as long as the doctor's act is in accordance with a set of medical guidelines dubbed ‘The Groningen Protocol’. Please could you tell us more about that?

Peter: The Groningen Protocol is named after a large town in the Netherlands where it was developed. This is something quite different really. In the Netherlands it is supposedly illegal to offer euthanasia to minors and to babies, but what they have created is a system whereby babies who are disabled or who have severe illnesses, such that they are unlikely to survive, can have euthanasia involuntary. This is obviously long before they are capable of making any decisions for themselves. What happens is that if the doctor can tick a series of boxes, the judiciary basically turns a blind eye and allows them to get on with it. This is hugely controversial.

When it was first written up in a peer-reviewed medical journal in 2005 they reported on 22 cases of babies with spina bifida who'd been given lethal injections over a seven year period and said that there were probably many more. In fact the Dutch Medical Association has just issued a report saying that they think there are around 650 babies every year that could be given lethal injections under this protocol. It seems to have been accepted in the Netherlands now that if you are a baby with special needs then your life is not worth living, so you can effectively be bumped off by doctors, with the consent of your own parents as well. Many parents are giving consent for this and you can imagine the Disability Rights Lobby is absolutely incensed and up in arms about this. They are saying, you are saying my life is not worth living, because this child with the same condition as me has been killed without having any say in it whatsoever. It's a very dangerous and worrying precedent that first of all people are saying that such a life is not worth living and allowing others to make that judgement about people; but secondly, that in the Netherlands one of the main things seeming to be driving this is the supposed suffering that it causes to the family. If you're burdened in the family with someone with an illness then it's alright to kill them.

Emily: Do you think that this protocol has encouraged Belgium to look at the child euthanasia bill?

Peter: Yes. I suppose the difference is that under the Groningen Protocol in the Netherlands we're talking about disabled babies. Whereas in the Belgium situation it's more minors, teenagers younger than 18, so it's a different sort of thing. In Belgium it's going to be legalised, whereas in the Netherlands it's not legal but the judiciary turns a blind eye. There are some differences, but what we've seen is that wherever euthanasia and assisted suicide is legalised, you get what we call incremental extension; a slippery slope. You get more and more cases every year; in fact in Belgium there's been a 5,000% increase in the number of annual cases recorded since the first year in 2002. It goes steadily up every year. In the Netherlands since 2006 there's been a 15%-20% increase every year. In the Netherlands they're now talking about patients with dementia having it and the first ones have already had euthanasia there. There are a large number of people in the Netherlands now, one in eight deaths is due to what we call terminal sedation, where they withhold fluids and food and give huge doses of sedatives, with the deliberate intention that the patient will not come out of it and will not survive. There's a real case of incremental extension and the slippery slope operating in the Netherlands.

Emily: Going back to Belgium, this is a very significant step if this bill is passed, as Belgium would be the first country to legalise child euthanasia. How will this impact the country?

Peter: What we see whenever a new law comes in is the first thing is that people start to practise up to the new law; so there will be child euthanasia. The second thing that happens is that people go beyond the new law; they push the boundaries and you see it being applied in less severe cases. It's not going to be long before someone raises the question about babies as they have in the Netherlands. The third thing, and perhaps the most worrying thing that happens, is that the public conscience begins to change, so that things that would have horrified people in one generation just don't bother people much at all in the next generation. We've seen this in the parallel case of abortion, where 50 or 60 years ago for most people in Britain abortion would have been absolutely unthinkable; but now we have 200,000 cases a year and one in five pregnancies ending in abortion. There is no doubt in my mind that the same thing will happen with euthanasia once it becomes more widely practised. As I say it all starts with the idea that there's a life not worth living, combined with the idea that if someone is creating a burden for us, then we can encourage them to end their life or make that decision for them.

For ten year report on Euthanasia in Belgium see here.