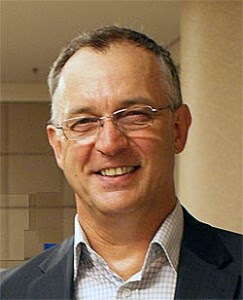 The following review was written by Paul Russell (pictured left), Executive Director of HOPE, which works to prevent euthanasia and assisted suicide. It is reproduced from his website. I have appended links to some of my own previous articles on Philip Nitschke (pictured below right).

You’ve got to give Dr Philip Nitschke some credit for telling it like it really is. Whilst Australia’s state-based euthanasia lobby groups and their state-based MP supporters argue for limited legislation with so-called safeguards, Nitschke has consistently advocated for legalisation of euthanasia in a virtually unrestricted fashion - save only for the exclusion of minors and people with mental incapacity.

Some of the state-based groups have formally distanced themselves from Nitschke and Exit because of this; while for others, the relationship is a little less clear.  While they work to make their approach seem palatable to the public and polity alike, Nitschke’s presence is a source of frustration because his is the logical end of even the most minimalistic approach.

So when, in the midst of the Australian Federal Election campaign Nitschke argues, on the pages of the Canberra Times newspaper, that euthanasia makes sense on the basis of economics – that older Australians choosing to die would help restrain the health budget – it must have these other groups cringing.

“…no one is saying we should put people down against their will, we are suggesting it is a worthwhile debate to have - especially if hundreds of thousands, if not millions, of dollars in the health budget could be saved…”

Nitschke is busily promoting his latest venture, The Voluntary Euthanasia Party. He is standing as a Senate candidate in the Australian Capital Territory. Pundits give the party little chance of success. Like other micro-parties, it’s really about promotion of a cause. 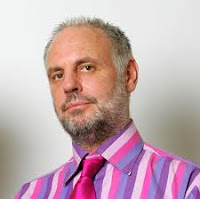 But when Nitschke (right) says, “hundreds of thousands, if not millions” saved from the health budget, he’s talking about a lot of people dying by lethal injection. Again, this runs contrary to the state-based organisations assertions that euthanasia is only really there for the few. When he observes, that the economic argument is, “so vexed that advocates have dared no mention its name” he’s really only stating the obvious.

His is a very dangerous utilitarian argument that’s only likely to be genuinely interesting to those who see a possible economic gain of another kind – the early exit of a loved one and the early distribution of their estate. In terms of Elder Abuse this is El Dorado! But it also casts the state as an abuser – not to make money but to save it. Heaven knows what affect this kind of news has on the elderly!

The day before the Canberra Times article was published, the Australian Greens Party announced their own push for euthanasia. The Greens have pushed more euthanasia bills in Australian parliaments than anyone else. In the last Federal Parliament, Green’s Senator, Richard Di Natale tabled yet another bill to try and overturn the Euthanasia Laws Act 1997 which, as a consequence, would allow euthanasia & assisted suicide debates to resurface in the ACT and The Northern Territory.

The Federal Senate has shown no mood for this kind of debate stretching back for many years now – but that’s no guarantee that the reticence will continue. This time, however, the Greens are taking a decidedly different attack.

Since the time of the operation of theRights of the Terminally Ill Act in the Northern Territory, a side debate has surfaced from time-to-time about the Federal Parliament’s powers in relation to euthanasia & assisted suicide and whether these powers could be extended beyond the territories to all states. It has been commonly accepted that, because the Criminal Codes in relation to homicide are state-based codes, that any exceptions (euthanasia & assisted suicide) are matters for the states.

Senator Di Natale is drawing a very long bow when he claims that the Commonwealth does hold powers to legislate under Section 51. The Guardian reports that, “the party had received legal advice from Senate clerks and constitutional experts saying that it was possible under section 51(xxiiiA) ofthe constitution, which allowed the Commonwealth to legislate for the provision of medical services.” Possible? Yes: but hardly likely.

To make such a claim, Di Natale would need to argue that euthanasia & assisted suicide are medical services when the reality is that they’re simply plain old killing! But we’ve seen this all before; the QuebecParliament is currently looking to legalise under the same false gambit for precisely the same reason – that they don’t have the necessary constitutional powers.

Of course, Nitschke applauded the Green’s initiative and, of course, both Nitschke and the Greens have said that there will be safeguards. But when both seem bent more on the publicity than the substance, it’s difficult not to be cynical.

Other articles on Nitschke on this blog

The question that the police have not asked and Nitschke has not answered
Why is the Home Secretary allowing Philip Nitschke back into Britain?
Philip Nitschke is back in the British Isles but is not finding a warm reception for his ‘how to commit suicide’ seminars
Nitschke announces to the media his latest scheme to help more Australians kill themselves
Posted by Peter Saunders at 04:53