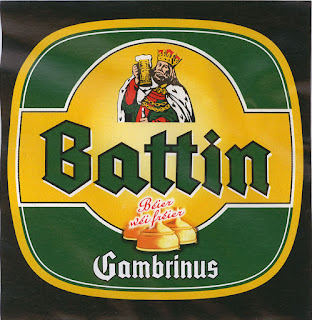 
The Battin study is often quoted by pro-euthanasia advocates to support their claim that legal assisted suicide does not pose a risk to vulnerable people. The absolute claim that “vulnerable people are not at risk” is not supported by this study, because it identified a heightened risk to one vulnerable group: people with AIDS.

Subsequent research has also invalidated the study’s conclusion that other vulnerable groups are not at risk.

For example, studies published in 2009 and 2010 show that vulnerable groups, such as the elderly and mentally incompetent, are indeed at a higher risk of being killed by euthanasia without their consent.

The Battin study was based on wrong assumptions and there are several issues with its scope and methodology. The case is not proven.

What is the Battin study about?

Margaret Battin and others analysed data up to 2005 from Oregon and The Netherlands to find out whether there is evidence that the lives of people identified as vulnerable are more frequently ended with assistance from a physician than those of the background population.

“These groups were analysed and compared with background populations: the elderly, women, the uninsured (Oregon only), people with low educational status, the poor, the physically disabled or chronically ill, people with sometimes stigmatised illnesses like AIDS, minors, people with psychiatric illnesses including depression, and racial or ethnic minorities.

“The study found that the only group with a heightened risk was people with AIDS. Where assisted dying is already legal, there is no current evidence [emphasis ours] for the claim that legalised PAS or euthanasia will have disproportionate impact on patients in vulnerable groups. Those who received physician‐assisted dying in the jurisdictions studied appeared to enjoy comparative social, economic, educational, professional and other privileges.”

The Battin study is based on wrong assumptions

Other limitations and issues with the Battin study

In July 2014 he warned the UK against legalising assisted suicide:

“I was wrong, terribly wrong in fact, to believe that regulated euthanasia would work.”

“In hindsight, the stabilization in the numbers was just a temporary pause. Beginning in 2008, the numbers of these deaths show an increase of 15% annually, year after year.”

“Other developments include a shift in the type of patients who receive these treatments. Whereas in the first years after 2002 hardly any patients with psychiatric illnesses or dementia appear in reports, these numbers are now sharply on the rise. Cases have been reported in which a large part of the suffering of those given euthanasia or assisted suicide consisted in being aged, lonely or bereaved. Some of these patients could have lived for years or decades.

“We recognize that substantial differences in the methodologies of the source studies make it impossible to determine with certainty [emphasis ours] the actual incidence of assisted dying in several of the vulnerable groups studied. Our question is whether the available data show evidence of heightened risk to persons in vulnerable groups.”

In reference to the group “people with chronic physical or mental disabilities or chronic non-terminal illnesses”, the authors stated “no data to calculate denominator; probably 10 cases or fewer per year.”  The word “probably” is hardly conclusive!

Expert critiques of the Battin study

The Battin study has been criticized by Prof Ilora G. Finlay and Rob George in the Journal of Medical Ethics, as well as by Dr George Seber, a statistician and counsellor.

Based on these expert opinions, as well as subsequent studies, Euthanasia-Free NZ concludes that the Battin study is unreliable and inconclusive.

Discredited by a statistician

Prof George Seber, an internationally-respected statistician, as well as an experienced counsellor, is of the opinion that “the case is not proven”.

He wrote an email to Euthanasia-Free NZ stating,

“The Battin et al. paper has some unresolved problems that may invalidate its findings.

“In endeavouring to look for differences between pairs of groups it is important to look at the numbers in overlapping groups, for example the numbers in two-group overlaps like gender and age, and those in three-group overlaps like gender, age, and vulnerability (e.g. with disabilities), etc. If there is “interaction” between groups it is not valid to compare groups in pairs without taking into account any interactions. Are there interactions? It seems likely that  the following might have an effect: (1) women live longer than men, (2) men may be more disabled than women in a certain age groups, (3) women network better than men and networks of friends are very important when it comes to psychological health.

“A major problem is how to compare suicide-assisted deaths with deaths in the population at large. It could be a case of comparing apples and oranges! For example, some people may die by accident or after a short illness and are not relevant to the comparison. We need to compare the numbers of people in both populations who have similar ages and are in similar situations (e.g. similar vulnerability).

“Another concern I have is about the fact that there is no mention of the  methods used to compare proportions. Some methods are still commonly used these days that are not  appropriate (cf. Seber , 2013a).

“Another worrying feature is the confusion over the role of depression and the so-called right of euthanasia. As a trained counsellor I can say  that depression is the most treatable of all mental illnesses and it is strongly linked to suicide without assistance (Seber, 2013b). I don’t believe it is grounds for assisted suicide or euthanasia.  It is known, for example, that women seem to be about twice as prone to depression than men, and the elderly are more prone as the life-span has been significantly increased so there is an age factor relating to depression as well.

“In summary, the case is not proven. Further research and statistical analysis is needed.”

Discredited by peers in the same journal

Finlay and George state that they disagree with the conclusions of the Battin study on four grounds:
“Vulnerability to PAS cannot be categorised simply by reference to race, gender or other socioeconomic status and that the impetus to seek PAS derives from factors, including emotional state, reactions to loss, personality type and situation and possibly to PAS contagion, all factors that apply across the social spectrum. Contrary to the conclusions drawn by Battin et al, the highest resort to PAS in Oregon is among the elderly and, on the basis of research published since Battin et alreported, that there is reason to believe that some terminally ill patients in Oregon are taking their own lives with lethal drugs supplied by doctors despite having had depression at the time when they were assessed and cleared for PAS.”

Seber, G. A. F. (2013a). Statistical models for proportions and probabilities. Springer Briefs in Statistics: Berlin.

Seber, G. A. F.  (2013b). Counseling Issues: A handbook for counselors and psychotherapists. Xlibris Publishing.