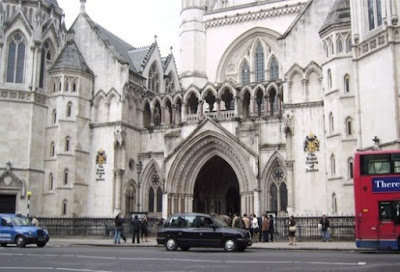 Watch my Sky News interview on the Conway case here.

Noel Conway is backed by the former Voluntary Euthanasia Society (now rebranded Dignity in Dying (DID)), whose lawyers will argue that the current blanket ban on assisted suicide under the Suicide Act is incompatible with his rights under sections 8 and 14 the Human Rights Act (respect for private and family life and protection from discrimination).

Mr Conway's case is substantially the same as that of Tony Nicklinson and Paul Lamb in 2014, except that his condition is terminal.

Frustrated at their lack of success in parliament has led DID and other campaigners to pursue their agenda through the courts.

Conway is bringing his case against the Secretary State for Justice. Three other organisations have been granted permission to intervene in the case – Humanists UK (formerly the British Humanists’ Association (BHA)) on the side of Conway and Not Dead Yet UK and Care Not Killing (CNK) on the side of the defendant.

While in Oregon, the model often cited by those wanting to change the law, there are examples of cancer patients being denied lifesaving and life extending drugs, yet offered the lethal cocktail of barbiturates to end their own lives.

However, this right is not unlimited but is qualified in 8(2). CNK will argue that a blanket prohibition on euthanasia and assisted suicide is ‘necessary in a democratic society in the interests of public safety for the prevention of disorder or crime, for the protection of health or morals, and for the protection of the rights and freedoms of others.’

CNK will also argue that to pursue this case in court is institutionally inappropriate given that parliament has repeatedly, rigorously and comprehensively considered this issue and decided not to change the law.

Legalising assisted suicide and/or euthanasia is dangerous because any law allowing either or both will place pressure on vulnerable people to end their lives in fear of being a burden upon relatives, carers or a state that is short of resources. Especially vulnerable are those who are elderly, disabled, sick or mentally ill. The evidence from other jurisdictions demonstrates that the so called ‘right to die’ may subtly become the ‘duty to die’.