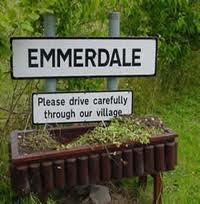 The problem with television dramas is that they make rare events appear common and so distort public opinion on key issues.

Take for example the chance of surviving a cardiac arrest.

A 1996 study published in the New England Journal of Medicine (‘Cardiopulmonary resuscitation on television. Miracles and misinformation’), for example, showed that survival rates following CPR on television dramas (such as ER and Chicago Hope) were significantly higher than the most optimistic survival rates in the medical literature.

On TV 77% of patients were alive immediately after CPR, but only 40% in real life were. Long term survival after TV CPR was 67% as against 30% in real life.

The researchers concluded that the portrayal of CPR on television could lead the viewing public to have an unrealistic impression of CPR and its chances for success. In other words the programme misrepresented reality.

But a far more serious distortion of the truth involves assisted suicide and the implication that a hugely disproportionate number of people with serious illness or injury wish to kill themselves.

The television soap Emmerdale is currently running one of these misleading storylines.

Pauline Quirke’s character Hazel is involved in an assisted suicide plot after her tetraplegic son Jackson Walsh – who lost the use of his limbs following a horrific road crash in the soap last year – asked her to help him end his life by administering a lethal dose of tablets in his drink.

However, despite ‘Emmerdale’ bosses’ alleged best efforts to deal with the harrowing plot as sensitively as possible, the storyline has been slammed by industry watchdogs for exploiting a serious topic in an attempt to ‘boost ratings’.

Media Watch UK spokesman David Turtle said: “”Emmerdale” has been trying to push the boundaries for some time just to boost ratings. It’s a soap, not a serious discussion about a serious topic.’

The Emmerdale case appears to be based on the tragic story of Daniel James, who suffered tetraplegia following a rugby injury and was helped to take his own life at the Dignitas facility in Zurich in 2008.

Just how representative was this case?

It would be good if Emmerdale and television in general reflected this reality better.

Why can’t we have more films and programmes about people like Simon Morris and Andrew Bush who have been helped and supported to come through their spinal injuries to a place where they have found meaning and hope?
Posted by Peter Saunders at 16:29