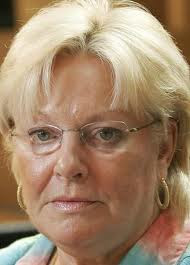 I see that Margo MacDonald has been re-elected as a member of the Scottish Parliament (MSP) and has vowed to revive proposals for a law to legalise ‘assisted dying’ (a specious euphemism for assisted suicide and euthanasia).

Her previous End of Life Assistance (Scotland) bill was overwhelmingly voted down by an 85-16 majority in November 2010 during the last parliament amidst concerns about the dangers it posed to elderly and disabled people.

Lest we forget why Margo’s bill was quite rightly rejected I have re-linked my previous blogs on the matter here.

I see that Margo has also set out plans to introduce legislation that would crack down on firms lending money to people at exorbitant rates of interest.

That would be a good thing – Britain’s whole approach to interest and debt needs a radical rethink as brilliantly argued by Paul Mills in his recent Cambridge Paper.

Let’s hope that she concentrates on that rather than wasting more parliamentary time and money trying to revive her dangerous euthanasia bill.

Economic recession plus a law allowing euthanasia and assisted suicide would provide a deadly cocktail that might push many vulnerable people over the edge into ending their lives so as not to be a financial burden on others.

Measures to alleviate debt and finanical exploitation should be the real priority.
Posted by Peter Saunders at 03:20