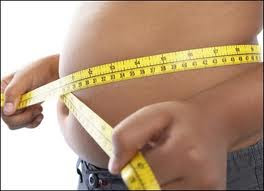 Having just returned from a Christian medical conference where large (especially male) abdomens were very much in evidence I was interested to see that the two lead stories on the BBC health pages this morning deal with the health consequences of obesity.

The first story, published yesterday, reports on a study from the Mayo Clinic which showed that people with coronary artery disease have an increased risk of death if they have fat around the waist.

These US researchers analysed data from five studies involving 15,923 patients, and found this even affected people with a normal Body Mass Index.

The second story reports on a Swedish study showing that middle aged people who are overweight but not obese, are 71% more likely to develop dementia than those with a normal weight.

The research, published in the journal Neurology, looked at 8,534 Swedish twins. Those with a body mass index (BMI) - which measures weight relative to height - greater than 30, who are classified as obese, were 288% more likely to develop dementia than those with a BMI between 20 and 25.

But there was an effect even for those who were overweight but not obese (BMI between 25 and 30) who were 71% more likely.

Alzheimer's Society head of research, Dr Susanne Sorensen, has commented: ‘This robust study adds to the large body of evidence which suggests that if you pile on the pounds in middle age, your chances of developing dementia later in life are also increased. By eating healthily and exercising regularly, you can lessen your risk of developing dementia.'

Now of course dementia is caused by a complex mix of genetic, environmental and lifestyle factors. But it appears that being overweight or obese is one risk factor that can be controlled.’

I have previously blogged about other recent research showing that two-thirds of Britons are overweight or obese – making us the fattest country in Europe.

At the same time a separate study showed that the number of people admitted to hospital for obesity-related illnesses has shot up by more than ten times in the past decade.

The health risks of being overweight are significant. Obesity isn't just an issue of personal health either. The cost to the NHS and to the wider economy - because of increasing time off work - is estimated at about £7 billion per year, of which £1 billion is direct health service costs.

Last week CMF published a paper showing that Christians generally enjoy better health than those without faith – and attributed this in large part to better lifestyle choices - but judging by the number of BMIs visibly over 30 at the annual conference we have a lot of inroads to make on obesity.

Christians do seem to be at least as prone to obesity as those in the general population. But when did you actually last hear a sermon on overeating or exercise?

Of course we never know when God might call us home through trauma or disease – but given that there are clear links between obesity, sickness and death – we may well, by taking care about diet and exercise, be lessening the chance that our spouses and children will be bereaved, or looking after us in a dependent state, ahead of time.

So if you are – if only ever-so-slightly – on the plump side then today might be the day to start doing something about it.

My former post contains information about weight loss and A much fuller treatment of the issue of obesity from a Christian perspective can be found on the CMF website. See Facing the Obesity Epidemic
Posted by Peter Saunders at 03:50

Email ThisBlogThis!Share to TwitterShare to FacebookShare to Pinterest
Labels: Obesity