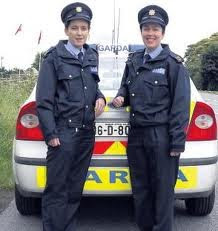 Two Irish women have been prevented from travelling to Switzerland for assisted suicide, after intervention by the Gardaí (Irish police).

The women, one of whom is in the final stage of multiple sclerosis, were forced to cancel their planned visit to the Dignitas facility in Switzerland, after officers became aware of their plans.

Assisted suicide is legal in Switzerland but is a criminal offence in Ireland (as in the UK), punishable by up to 14 years imprisonment.

The sick woman's friend only became aware of the offence when she went to pick up the tickets at the travel agents. She was told that if she travelled with her friend to Switzerland in order that she could end her life she was in danger of prosecution on her return.

As a result both women decided that they wouldn't travel and remain alive today.

But in fact the police were simply doing their job and acting on the basis that one’s first instinct with someone attempting to take their own life should be to try to stop them.

The suicide law in Ireland, as in the UK, is designed to protect people from harming themselves and from exploitation and abuse by others.

But in the UK the police seem to march to a different drum.

In the last ten years there have been about 150 UK cases involving people travelling to Switzerland to end their lives. I am not aware of one single case in which any attempt was made by police to stop people travelling.

Whether any of these cases involved mental illness, coercion, exploitation or abuse we do not know because in each case the key witness is now dead.

Very few of these cases have even been investigated.

In giving evidence last December to Lord Falconer’s discredited Commission on Assisted Dying, Keir Starmer, the Director of Public Proseuctions (DPP), said that in the financial year which ended in March 2010, 19 police files on assisted suicide were sent to the Crown Prosecution Service.

In 17 of these cases, no charges were pursued. One was still being considered, and the last was withdrawn by police. Since March, the DPP had been sent a further 14 cases of which eleven were under consideration, but three had been dropped.

Not one of these cases has led to a prosecution.

Last month, in an article titled ‘Britons die at Dignitas suicide clinic in record numbers’ the Daily Mail reported that the number of British suicides at the Zurich clinic had risen from an average of 14 a year between 2002 and 2007 to a total of 76 – about 25 a year – from 2008-2010.

More British citizens now die at Dignitas than Swiss people, whose laws allow its existence, and Britain is second only to Germany as the nation with the highest number of suicides at the clinic.

The Dignitas figures show that 160 Britons have died at the clinic since 2002, one in six of all suicides there. There have been 118 Swiss and 592 German deaths.

Many of these cases have had high profile media attention. Three of them (Reg Crew, Anne Turner and the yet unnamed person about to feature in Terry Pratchett’s new propaganda ‘documentary’) travelled to Switzerland with television news crews to record the ensuing events.

The rising rate of assisted suicide in Britain is consistent with the so-called Werther effect, otherwise known as ‘copycat suicide’ or ‘suicide contagion’.

Media reporting of suicide has repeatedly been shown to trigger suicidal behaviour.

A recent article in the British Journal of Psychiatry investigated the associations between specific media content and suicide rates. It showed that both repetitive reporting of the same suicide and also the reporting of suicide myths were positively associated with suicide rates.

Both these factors operate powerfully in Britain.

Two of the most common suicide myths are as follows:

Myth 1: ‘If a person is serious about killing themselves then there is nothing you can do.’

In fact feeling suicidal is often a temporary state of mind. Whilst someone may feel low or distressed for a sustained period the actual suicidal crisis can be relatively short term. This is what makes timely emotional support so important.

Myth 2: People who are suicidal want to die.

In fact the majority of people who feel suicidal do not actually want to die; they do not want to live the life they have. The distinction may seem small but is in fact very important and is why talking through other options at the right time is so vital.

Sadly the police in Britain appear to believe these two myths. And their resultant failure, along with the DPP, to uphold the law, along with the irresponsible media coverage of such events, means that more people from Britain than almost any other European country are choosing to kill themselves in Zurich.

Maybe it’s time our police took some lessons from the Gardai.
Posted by Peter Saunders at 15:47