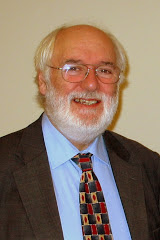 The international spotlight is now on Ireland in the wake of the case of Savita Halappanavar who, it is alleged, died after being denied an abortion (the facts of the case are still subject to an investigation and are hotly disputed).

Abortion remains illegal in Ireland under statute law but two court cases have established precedent which has to some extent led to loss of clarity.

The ‘X case’ (in 1992) (Attorney General v. X, [1992] IESC 1; [1992] 1 IR 1) was a landmark Irish Supreme Court case which established the right of Irish women to an abortion if a pregnant woman's life was at risk because of pregnancy, including the risk of suicide.

The ‘ABC case’ ( A, B and C v Ireland [2010] ECHR 2032) was a landmark case of the European Court of Human Rights on the right to privacy under article 8 ECHR. It held there is no right for women to an abortion, although it also found that Ireland had violated the Convention by failing to provide an accessible and effective procedure by which a woman can have established whether she qualifies for a legal abortion under current Irish law.

An ‘expert group’ has now produced a report on the Judgement in A, B and C v Ireland which has put forward four options for the Irish government to consider. The Irish government is not obliged by the judgement of the European Court of Human Rights to legislate for abortion. However there is a lot of international pressure for it to do so.

Pat Buckley (pictured) of the European Life network has put up some very useful posts on the current dilemma faced by the Irish government.

Buckley draws attention to a report from the European Life network (ELN) on the expert recommendations and links to the full critique.

ELN essentially questions the entire basis on which the report is premised and rejects many of the assertions set out in it.

It concludes as follows:

By defining abortion as necessary medical treatment, and by undermining the absolute prohibition on abortion in the Irish Constitution and Irish statute law, the expert report sets the scene for legislation which will lead to ever-wider permissions for abortion.

The history of abortion law in Great Britain shows that, over time, court judgments, new statutes, regulations and professional guidelines form a trend towards de facto abortion on demand.

The Oireachtas must reject the expert group if it wishes to avoid this scenario. It must find a way to overturn the X case judgment and any other element of law or public policy in Ireland which fails to apply Ireland’s constitutional and statutory ban on intentionally ending the lives of unborn children from the point of conception onwards. This will also protect the lives and dignity of women, in a country whose maternal health record is one of the best in the world.

In another post Buckley reports on the statement of the Irish Catholic Bishops' Conference on 4 December who have issued their initial response to the Report of the Expert Group on the Judgement in A,B and C v Ireland.

I have quoted some key excerpts below but a fuller summary is available on Patrick Buckley’s blog.

A society that believes the right to life is the most fundamental of all rights cannot ignore the fact that abortion is first and foremost a moral issue.

As a society we have a particular responsibility to ensure this right is upheld on behalf of those who are defenceless, voiceless or vulnerable. This includes our duty as a society to defend and promote the equal right to life of a pregnant mother and the innocent and defenceless child in her womb when the life of either of these persons is at risk.

By virtue of their common humanity the life of a mother and her unborn baby are both sacred. They have an equal right to life. The Catholic Church has never taught that the life of a child in the womb should be preferred to that of a mother. Where a seriously ill pregnant woman needs medical treatment which may put the life of her baby at risk, such treatments are morally permissible provided every effort has been made to save the life of both the mother and her baby.

Abortion, understood as the direct and intentional destruction of an unborn baby, is gravely immoral in all circumstances. This is different from medical treatments which do not directly and intentionally seek to end the life of the unborn baby.

Current law and medical guidelines in Ireland allow nurses and doctors in Irish hospitals to apply this vital distinction in practice. This has been an important factor in ensuring that Irish hospitals are among the safest and best in the world in terms of medical care for both a mother and her unborn baby during pregnancy. As a country this is something we should cherish, promote and protect.

The Report of the Expert Group on the Judgement in A, B and C v Ireland has put forward options that could end the practice of making this vital ethical distinction in Irish hospitals. Of the four options presented by the Report, three involve abortion – the direct and intentional killing of an unborn child. This can never be morally justified. The judgement of the European Court of Human Rights does not oblige the Irish Government to legislate for abortion.

The Report takes no account of the risks involved in trying to legislate for so-called ‘limited abortion’ within the context of the ‘X-case’ judgement. The ‘X-case’ judgement includes the threat of suicide as grounds for an abortion. International experience shows that allowing abortion on the grounds of mental health effectively opens the floodgates for abortion.

The Report also identifies Guidelines as an option. It notes that Guidelines can help to ensure consistency in the delivery of medical treatment. If Guidelines can provide greater clarity as to when life-saving treatment may be provided to a pregnant mother or her unborn child within the existing legislative framework, and where the direct and intentional killing of either person continues to be excluded, then such ethically sound Guidelines may offer a way forward.

A matter of this importance deserves sufficient time for a calm, rational and informed debate to take place before any decision about the options offered by the Expert Group Report are taken.

I have previously argued, with reference to the Savita case, that Ireland should not be changing its law on abortion.

However, I agree with the Irish Bishops that ethically sound guidelines which clarify when life-saving treatment may be provided to a pregnant mother or her unborn child within the existing legislative framework may offer a way forward.

I have written more on the subject of abortion to save the life of the mother both here and here.

I would also urge medical professionals to sign the Dublin Declaration.

It is essential that we as medical professionals communicate now that pre-viable delivery to save the life of the mother is not the same as direct abortion, even if the preterm fetus cannot survive the process.

And direct abortion (a procedure performed with the primary intent to produce a dead fetus) is never medically indicated.

In this connection the Association of American Prolife Obstetricians and Gynaecologists (AAPLOG) statement on ‘Maternal mortality in Ireland’ is also well worthy of study.