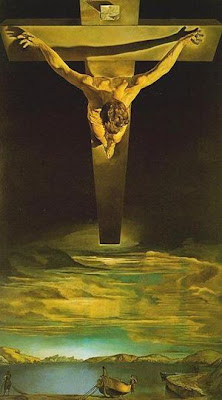 Are there any good arguments for Christianity? Of course! That’s why so many intelligent thinking people are Christians.

Recently I posted a list of twelve of the best arguments atheists bring against Christianity.

In listing them, I was not saying that I find any of them particularly convincing (I don’t and none of them have led me personally to doubt any of the teachings of Jesus Christ).

But I do concede that some intelligent people do find them convincing and cite them as reasons why they either lost the Christian faith of their childhood or chose not to believe. This is why I call them ‘good arguments’ – they are good enough to persuade some people.

I have lost count of the number of times atheists have told me that the reason they are not Christians is because there is no evidence that it is true. I get rather tired of hearing this as in my experience those who most vociferously assert it are those who are least interested in examining any evidence that Christians produce.

Over 20 years of working with CMF have taught me that in fact the vast majority of atheists are neither aware of the evidence for Christianity or, if they are, have invested little or no time in evaluating it.

Personally I do not know any Christians who have not made their decision to follow Christ on the basis of some evidence or another. Anyone in this category is welcome to confess it below but I am not holding my breath.

In this post I list some of the main arguments that have convinced Christians to embrace Christianity and give their lives to the service of Jesus Christ. In the interests of (relative) brevity I have stopped at 20 but I could have gone on and on….

I have tried to explain each argument as briefly as possible but many books could, and indeed have, been written on each one.

If you are a Christian then let us know which ones have been most important in convincing you to follow Christ.

If you are an atheist please let us know which, if any, have made you consider the possibility that Christianity might be true, or which you have found least convincing.

Also, are there any important ones that you think I have left out? Anonymous posts are welcome.

1.The uniqueness of Jesus Christ
The life, teaching, extraordinary claims and miracles of Jesus Christ as recorded by eyewitnesses are best explained by him being God incarnate: the creator and sustainer of the universe who took on human flesh.

2.Jesus death and resurrection
All historical records are agreed on the facts that Jesus was killed, that his dead body disappeared, that the disciples claimed to have seen him alive and that the church grew rapidly in the belief that he had been resurrected. His actual bodily resurrection in space-time history remains the best explanation for these observations.

3.The manuscript evidence for the New Testament
The life, death and resurrection of Jesus Christ are by far the best attested events in all antiquity in terms of the number of manuscripts recording them and the closeness in time of those hand-written records to the events they describe.

5.Old Testament prophecy fulfilled in Christ
The 39 books that make up the Old Testament contain several hundred references to the coming Messiah concerning his life, death and resurrection which were written hundreds of years before Jesus’ birth but were fulfilled during his life and confirm his credentials as the promised Messiah.

6.Biblical prophecy fulfilled in history
The hundreds of predictive prophecies in the Old Testament and New Testaments about the fate of nations, empires and cities are consistent with supernatural revelation from a God outside the space-time continuum (Tyre, Sidon, Samaria, Gaza, Moab, Ammon, Edom, Egypt, Assyria, Babylon, Greece, Rome, Israel).

7.The uniqueness of the Christian experience
The shared testimony of a personal relationship with Jesus Christ by millions of people from diverse cultures, nations, personalities, professions and time periods is unparalleled by any other ideology and consistent with the existence of a God with a universal attraction to all kinds of human beings. Each testifies to finding peace, forgiveness, the power to change and new meaning, hope and purpose through Christ's death and resurrection.

8.The origin of the universe
Everything that began to exist has a cause and it is now virtually undisputed that the universe had a beginning. Any cause would have to be outside the material universe so would be timeless, spaceless, immaterial, personal and all powerful – characteristics shared by the God of the Bible.

9.The fine tuning of the universe
In order for the universe to come into being and allow intelligent life to exist, it required an astonishing series of ‘coincidences’ to have occurred. The probability that the six dimensionless constants (N, Epsilon, Omega, Lambda, Q & D) would be tuned in such a way as to allow this is infinitesimally small and the phenomenon is best explained by intelligent design.

10.Biological complexity
Whilst it is widely recognised that random gene mutation, genetic drift and natural selection can account for a degree of biological descent with modification (evolution) the mechanisms by which proteins, DNA, unicellular organisms and new body plans could have arisen remain unexplained. Blind chance and necessity alone are unable to account for the biological complexity that we observe on planet earth and these phenomena point to intelligent design.

11.The rationality of the universe
The universe operates according to physical laws which are not merely regularities in nature but also mathematically precise, universal, ‘tied together’ and rationally intelligible. These phenomena point to the existence of what Einstein called ‘superior mind’, illimitable superior spirit’, ‘superior reasoning force’ and ‘mysterious force that moves the constellations’ and are fully consistent with the teachings of Christian theism.

12.The human mind
Human experience of free will, consciousness, self-awareness, conscience and a sense of meaning, purpose and destiny are all very difficult to explain within a purely materialist world view (ie. the belief that nothing exists apart from matter, chance and time). These phenomena point to, and are consistent with, a reality existing beyond the material world and are consistent with the biblical teaching that human beings are made in the image of God.

14.The universality of spiritual belief and experience
The universal belief in, and experience of, a spiritual reality beyond the material world and in the existence of other intelligent beings in addition to human beings (gods, spirits, angels, demons, ghosts etc), along with the proliferation of different religions, is consistent with the Christian world view including the existence of a Devil whose intention is to deceive people into believing anything but the truth.

15.The moral law
The universality of moral beliefs and conscience, and the similarities of moral codes across times, continents and cultures, point to the existence of moral laws and a supernatural law giver. The moral laws outline in the Decalogue (ten commandments) encapasulate these principles of respect for life, marriage, property and truth and their observance leads to more stable and enduring societies. These observations are consistent with the existence of a moral God who has designed human society to operate according to moral norms and who reveals moral principles.

16.Lives changed by Christian faith
The power of Christian faith and prayer to change behaviour and improve human functioning in restoring the lives of those suffering from addictions to drugs, alcohol, pornography and other enslaving activities or in reforming antisocial and criminal behaviour and strengthening marriages, families and societies is unparalleled.

17.Christian reformation of society
The reformation of British society in the 19th century (and many similar phenomena elsewhere in the world throughout history) through such moves as the abolition of slavery, child labour, child prostitution, prison reform and the establishment of schools and hospitals through the work of Wilberforce, Booth, Fry, the Clapham Sect and others was largely the result of the evangelical revival of the 18th century and lends strong support to the existence of a redemptive supernatural God who changes and shapes human lives and societies.

18.The work of Christian missions
The development of education, healthcare and societal reform in the developing world owes a great deal to the work of Christian missionaries motivate by the love of Christ who underwent great hardship and made great sacrifices to assist and empower those marginalised through ignorance, superstition or poverty. If Christianity were true we would expect it also to result in demonstrable good across nations and cultures.

19.The plausibility of Christian eschatology
The emergence of a one-world government under the leadership of an antichrist, antagonistic to God, based on the worship and pursuit of material things, strongly opposing Christian faith, dominating through economic control and resulting in massive environmental destruction seems increasingly plausible given recent historical experience and the current trajectory of world history.

20.The phenomenon of Israel
The history, laws, influence and endurance of the nation of Israel through over 4,000 years of world history whilst world empires have come and gone, the maintenance of its national identity and central place in world affairs through war, persecution and holocaust, its recent restoration to Palestine and the educational and cultural achievements of its people are unparalleled but fully consistent with its special status as described in the biblical record and teaching of Jesus Christ.

I am happy to post links to responses to these twenty arguments on this blog on request: