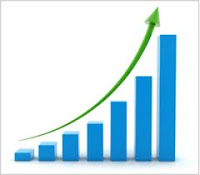 Things are moving at a frightening pace in Belgium.

Further to my recent ten year review in December and report on the twins’ euthanasia case that made international headlines in January Alex Schadenberg has just published the following review on Belgium’s 2012 figures just out.

I’ve reproduced it here from his blog.

Recent studies concerning the Belgian euthanasia law found that: 32% of the assisted deaths are done without request and 47% of the assisted deaths go unreported in the Flanders region of Belgium. Another recent study found that even though nurses are prohibited from doing euthanasia, that in fact nurses are euthanizing their patients in Belgium. There has never been an attempted prosecution for abuses of the Belgian euthanasia law.

Confirming that euthanasia is out-of-control in Belgium the 2012 euthanasia statistics indicate that there was a 25% increase in the number of assisted deaths in Belgium.

The response by Belgian legislators to the abuses of the euthanasia law is to widen the definitions of the law to include children with disabilities and people with dementia. By widening the definitions in the law, fewer doctors will be abusing the law. It is also feared that the proposed changes to the euthanasia law may effect the freedom of conscience for health care workers in Belgium.

If you think that is bad enough, consider the fact that a woman with anorexia nervosarecently died by euthanasia, a man wrote that his depressed mother died by euthanasia, belgian twins who were born deaf were euthanized out of fear of blindness, and Belgium is experimenting with euthanasia/organ donation.

A recent 10 year report of the Belgian euthanasia law that was done by the European Institute of Bioethics found:

• A written declaration of a desire for euthanasia is required, either by the patient or a surrogate. However, the Commission often waives this obligation.

• Initially patients had to have a life‐threatening and incurable illness. Nowadays, the illness need only be serious and debilitating.

• The pain is supposed to be unbearable, unremitting and unrelievable. However, a patient can refuse medication to relieve the pain. The Commission, says the IEB, has ‘decided not to carry out its mission ‐ so central to the law ‐ of verifying the unbearable and unrelievable nature of the suffering’.

• The ambit of ‘psychological suffering’ is ever-expanding.

• Doctor-assisted suicide is not authorised by 2002 legislation. However, the Commission has ignored this and regularly signs off on such cases.

• If a patient is to be euthanised at home, the doctor himself is supposed to fetch the lethal medications at a pharmacy from a registered pharmacist and to return left-over drugs. In practice, family members often get the drugs; unqualified personnel hand them over; and no checks have ever been made about surplus drugs.’ 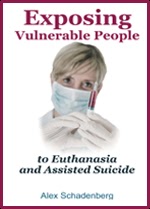 The Euthanasia Prevention Coalition (EPC) hopes that Belgian legislators will open their eyes to the reality of their euthanasia experiment and reverse their direction. If not, we hope that the rest of the world will recognize how dangerous legalized euthanasia and assisted suicide is and how it threatens the lives of their citizens.