Belgium becomes world leader in organ removal after euthanasia as Oxford academics suggest the practice could generate 2,200 more organs a year in UK 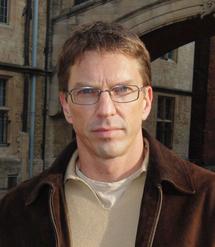 According to a recent report Belgium is now the ‘world leader’ in organ removal after euthanasia.

The practice of transplanting organs from voluntary euthanasia patients in this small European country has become increasingly common since it was first reported that it had become an established procedure in June 2011.

The recent report mentions at least nine cases since 2005 but suggests that there would have been many more had the patients had transplantable organs.

Only a small proportion of euthanised patients are able to donate organs, since most of them are terminally ill with cancer and therefore regarded to be ‘unsuitable’ as donors.

Two Oxford academics last year argued that ‘organ donation euthanasia’ would be ‘a rational improvement over current practice regarding withdrawal of life support’, would ‘increase patient autonomy ‘ and ‘would give individuals the greatest chance of being able to help others with their organs after death’.

In a paper published in the journal Bioethics, Julian Savulescu (pictured) and Dominic Wilkinson, argued that such an approach is ethical:

‘Why should surgeons have to wait until the patient has died as a result of withdrawal of advanced life support or even simple life prolonging medical treatment? An alternative would be to anaesthetize the patient and remove organs, including the heart and lungs. Brain death would follow removal of the heart (call this Organ Donation Euthanasia (ODE))…. Organs would be more likely to be viable, since they would not have sustained a period of reduced circulation prior to retrieval. More organs would be available (for example the heart and lungs, which are currently rarely available in the setting of DCD). Patients and families could be reassured that their organs would be able to help other individuals as long as there were recipients available, and there were no contraindications to transplantation.’

They estimate that although ‘it is difficult to estimate the effect of introducing ODE on overall organ donation rates’ that ‘it could be up to an additional 2,201 organs per year in the UK’.

Professor Savulescu is no stranger to controversy. He has previously defended the publication of an article defending infanticide for disabled newborns, in the Journal of Medical Ethics, for which he is editor.

I suspect a lot of readers will be genuinely shocked by these revelations. But in fact ‘organ donation euthanasia’ follows logically from the acceptance of both euthanasia and the harvesting of organs from beating heart donors. It is, after all, happening already in Belgium.

I wonder how long it will be before elderly people who have ‘already had a good life’ start being eyed up by those with organ failure who are not yet ready to die and being accused covertly, or overtly, of selfishness for being unwilling to hand their fresh healthy organs over.

Given that one third of euthanasia cases in Belgium are already involuntary I wonder if any patients have yet had their organs harvested without their consent because someone had ‘greater need’ of them?

Once we start believing that it is admissible to kill people and that some lives are more worth living than others these kinds of developments will inevitably follow.

It sounds like another good reason to oppose the legalisation of euthanasia here in Britain.
Posted by Peter Saunders at 13:30