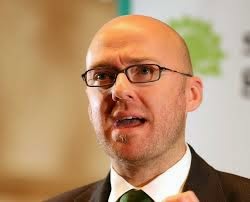 Lord Falconer's Assisted Dying Bill sought to legalise assisted suicide (but not euthanasia) for mentally competent adults (aged over 18) with less than six months to live, subject to 'safeguards' under a two doctors' signature model similar to the Abortion Act 1967.

The Bill had an unopposed second reading in the House of Lords on 18 July 2014 and Committee stage debates took place on 7 November and 16 January 2015. Over 175 amendments were tabled and three votes held. Lord Pannick’s amendment (to delegate the final decision in any specific case to the courts) was ‘accepted’ and attempts to change the bill’s wording throughout from ‘assisted dying’ to ‘assisted suicide’ and to require two doctors to carry out examinations  were defeated by 179-106 and 119-61 respectively.

The bill has now fallen with the approach of the general election on 7 May and will not enter the House of Commons in this parliament. However it is expected to be reintroduced, possibly in the Commons, later this year. Its progress then will depend very much on the post-election composition of parliament.

It is clear that the mood of the House of Lords is now sympathetic to Falconer but the lower house is another matter altogether. Both Prime Minister David Cameron and Liberal Democrat Leader Nick Clegg remain opposed to it although Labour leader Ed Miliband is neutral.

There are excellent reviews of the debate and analyses of the deficiencies of the Bill on the Care Not Killing website.

Patrick Harvie’s ‘Assisted Suicide (Scotland) Bill’, however, remains very much alive in the Scottish Parliament. The MSP (pictured above) took over the bill following the death of Margo Macdonald MSP in April 2014. It proposes an ‘Oregon type system’ with trained ‘licensed facilitators’ but with a wide scope for mentally competent adults (>16) with a ‘terminal or life-shortening illness’ or a ‘progressive and terminal or life-shortening condition’ who have concluded that the ‘quality of their life is unacceptable’.

The bill has even more holes than Falconer’s including relativistic definitions, poor reporting provisions, minimal penalties, a ‘saving’ clause protecting doctors acting in ‘good faith’, no specification of ‘means’ of suicide and the absence of a conscience clause.

Oral evidence sessions took place in January and February this year and a first stage debate considering the general principles of the bill must take place in the Scottish parliament before 28 May. Scottish First Minister and SNP leader Nicola Sturgeon has already signalled that she will not support the bill and over 15,000 Scottish people have signed a petition against it.

The voices of Scottish Christian doctors and lawyers will be particularly crucial in the lead up to this first stage debate, where we hope the bill will be soundly defeated. Again, there are many resources available about the bill on the CNK Website.

We need to speak out for those voiceless vulnerable people who will be exploited and abused by this ill-conceived draft legislation (Proverbs 31:8,9).
Posted by Peter Saunders at 14:49