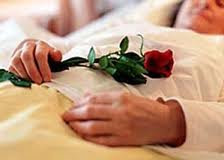 A new study suggests that doctors in the UK have opposed both euthanasia and assisted consistently over the past two decades. Researchers from Limerick, Ireland, used 16 key studies into doctors' attitudes between 1990 and 2010.

The findings, which appear in the latest issue of the journal Palliative Medicine, highlight a gap between doctors' attitudes and those of the UK public.

This research further confirms the fact that those doctors who favour a change in the law, constitute a small vocal minority.

Sir Richard Thompson, currently President of the Royal College of Physicians, responding to the launch of the small pressure group Healthcare Professionals for Assisted Dying last autumn, eloquently outlined the reasons why a clear majority of the College’s members still do not support a change in the law.

The Royal College of Physicians is in good company. Other official doctors’ bodies opposing any change in the law to allow assisted suicide or euthanasia are the British Medical Association (BMA), the Association for Palliative Medicine (APM), the British Geriatric Society (BGS), the Royal College of General Practitioners (RCGP) and every other Royal Medical College that has expressed an opinion on the matter.

The British Geriatric Society last year issued a strong statement on assisted suicide which outlined its concerns about how a change to the law would remove protection from vulnerable elderly people. The full statement is most worthy of study by all who take an interest in this debate.

In the light of doctors’ views it is perhaps not surprising that euthanasia bills have been defeated in six countries (US, Canada, Scotland, Israel, France and Australia) in the last twelve months.

Proponents of euthanasia often point to the US states of Oregon and Washington (where assisted suicide is legal) as evidence of a trend towards legalization. But the facts tell a different story.

When Oregon became the first state to legalize physician-assisted suicide in 1994, assisted-suicide advocates predicted that there would be a rapid ‘domino effect,’ and other states would soon follow Oregon’s lead. But they were wrong. It took fourteen years before another state legalized the practice, and, even then, only after advocates spent a whole year preparing the campaign and raising millions of dollars to insure the victory they so desperately wanted. That state was Washington, the state consultants said was demographically most like Oregon and, therefore, most likely to favor assisted suicide.

But, since Oregon legalized assisted suicide in 1994, other states have rejected assisted-suicide measures, many multiple times. Between January 1994 and March 2011, there were 121 legislative proposals in 25 states. All bills that are not currently pending were either defeated, tabled for the session, withdrawn by sponsors, or languished with no action taken.

A listing, by state, of all the ballot initiatives (since 1991) and all the legislative measures (since 1994) to legalize euthanasia and/or doctor-prescribed suicide in the US is available on line.

In 2010, 87 people in Washington received lethal drugs to end their lives with the help of 68 doctors and 40 pharmacists, the state Department of Health reported on Thursday.

Of the people who got drugs under Washington's Death with Dignity Act, 51 are known to have died from taking them. Most had terminal cancer and lived west of the Cascades. They were between 52 and 99 years old.

Attorney Margaret Dore argues convincingly this week that the report does not address whether the people who died under the act did so on a voluntary basis and concludes that the information provided is inherently unreliable.

No wonder that so few other states have followed suit.

Britain would be wise to listen to its own doctors and to learn from this international precedent when the discredited Falconer Commission publishes its report later this year arguing for decriminalization.
Posted by Peter Saunders at 08:21