The demographic time bomb and euthanasia 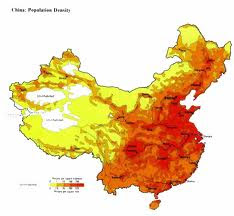 I have previously warned that unless something is done to reverse current demographic trends, economic necessity, together with the ‘culture of death’ ideology which is becoming more openly accepted, may well mean that the generation that killed its children will in turn be killed by its own children.

The Political blog ‘Turtle Bay and Beyond’ reported last week on an interview with CFAM’s Susan Yoshihara on the population crisis in China.

‘Demographic trends are poised to spoil Beijing’s plans for a Chinese century,’ said Yoshihara, co-editor (along with Douglas A. Sylvia) of the book, ‘Population Decline and the Remaking of Great Power Politics.’

‘The country is aging rapidly and it is facing a contraction in its workforce sooner than anticipated. More than a quarter of the Chinese population will be older than 65 by 2050, up from 8 percent today. And the very old — those over 80 — will increase more than five times. China will see absolute population decline by the end of the next decade.’

Lois Rogers (£), reporting on a joint suicide of a British couple in Australia, wrote that ‘Assisted dying is becoming more commonplace with the rise in the number of elderly people. Projections by the government suggest 11m Britons alive today can expect to reach 100.’

But there is an alternative.

The real answer is not euthanasia. The real answer is in our grasp, but it requires a completely different mindset to that which has led us, in our reckless pursuit of affluence and personal peace to mortgage our present, bankrupt our futures, and see those who rely on us as a burden rather than a privileged responsibility.

In the first, the independence and autonomy of the individual rule absolute and the weak elderly take an ‘honorable exit’ so as not to burden the young and virile.

The solution is easily within our grasp, but we must have the will to embrace it.
Posted by Peter Saunders at 02:58