BBC and Guardian leap to defence of abortion industry 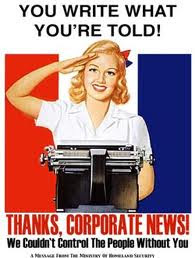 The abortion industry has been under a lot of pressure in recent weeks – first with revelations about illegal abortions for sex selection, then with a Care Quality Commission (CQC) report showing breaches of the law in 20% of 300 ‘clinics’ examined and more recently with peaceful prayer vigils run by ‘40 days for life’.

It is not surprising therefore that they have been attempting to fight back with the assistance of sympathetic journalists working for the BBC and the Guardian.

First we had the publication of a ‘secret’ letter from CQC chairman Dame Jo Williams complaining to the Department of Health that carrying out the inspections meant ‘a total of 580 inspections foregone and a total of 16 inspectors being utilised on a full year basis at an estimated cost of £1.0m’. Ann Furedi, Chief Executive of the British Pregnancy Advisory Service was given a free BBC platform on the Today Programme to tell us that it was ‘absolutely wrong for the government to order the CQC to abandon all of the other work, in order to prioritise inspections of 500 clinics’. (See Cristina Odone’s commentary)

The BBC, unsurprisingly, did not however report the Health Secretary’s response. One commentator described the incident as follows:

‘A newspaper uncovers widespread criminality in health clinics. The minister responsible requests an immediate investigation, which takes only three days and costs a mere £1 million — less than one ten-millionth of the Health Department’s £105 billion budget. The scandal is stamped out, the guilty face punishment . . . and instead of patting the Health Secretary on the back, the BBC swoops down on him like an avenging angel, flaming with wrath.’

Pre-signing batches of abortion forms to authorise abortions on women that have not even yet been assessed, as doctors at these ‘clinics’ allegedly did, is perjury and it is quite right that both the police and the General Medical Council are currently carrying out an investigation.

Next we had the Guardian running a story about a US ‘charity’ paying for UK medical students to have elective ‘experience’ in BPAS abortion centres, on grounds that the government is not providing enough training for doctors to do late abortions. 'Medical Students for Choice' plans to set up summer 'externships' with BPAS for UK and Irish students to groom a new crop of abortionists. Expect the BBC to pick up the story soon.

I have already argued on this blog that the main reason more doctors don’t do late abortions is that they find it profoundly distasteful to be killing and then dismembering what is so obviously a baby.

Abortion also runs contrary to the Hippocratic Oath and every existing historic code of medical ethics. It is therefore not surprising that so many doctors, of all faiths and none, do not want to be involved in a procedure which they believe should not be part of medical care.

Sadly, the inclusion of abortion as a routine component of Obstetrics and Gynaecology is in large part responsible for many new graduates choosing not to enter that specialty today.

In 1947 the British Medical Association called abortion ‘the greatest crime’.

The fact that the BMA now defends current practice of 200,000 abortions a year in Britain, mostly carried out by its own members, is a measure of how far we have fallen as a profession.
Posted by Peter Saunders at 14:04