Does every doctor have a moral line he/she will not cross? Twitter discussion thread on conscientious objection 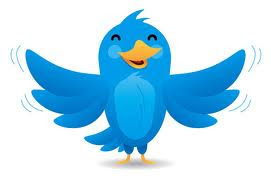 Yesterday I posted a blog on the new GMC draft guidance pointing out that doctors who won't prescribe contraception to unmarried women or provide sex-change operations risk being struck off if it goes through unchanged.

This generated a lot of discussion on twitter and in particular Dr D Jones (aka @welsh_gas_doc), a prominent member of the secular medical twitterazzi, made a critical comment about me which led to a discussion about whether he ever would refuse to carry out a treatment or procedure on moral grounds.

Many British doctors still hold to the Declaration of Geneva (1948) which includes the statement:

'I will maintain the utmost respect for human life from the time of its conception; even under threat, I will not use my medical knowledge contrary to the laws of humanity'.

Doctors who still hold to it refuse to participate in procedures that involve the destruction of human life such as abortion and embryo research.

Dr Jones clearly does not hold to this historic code, but I was interested to see if there was any other moral line he would not cross.

Others joined in, including my old friend Shane McKee (@shanemuk) who eventually said that he would not perform a termination of pregnancy on grounds of sex selection.

Dr Jones, however, seemed unwilling to be drawn on the question and seemed to take offence by my pressing him with extreme examples.

I am still most interested in knowing whether there is actually any procedure he would object to on moral grounds because I would then like to ask him if he would consider it wrong for the GMC, should that procedure become legal, to strike him off for refusing to do it.

I believe that for most doctors there is a moral line, other than the law, that they will not cross as true professionals. But unless they admit that such a line even exists it is not possible to explore the more interesting question of what they would do if they are threatened by some authority with dire consequences should they refuse to cross it.

There are several treatments and procedures that are now part of medicine that I and many others refuse to carry out on moral grounds. But this is creating increasing problems for us in the current regulatory environment.

Anyway here is the thread thus far word for word as it happened. It gets a little lively toward the end. I will add more if Dr Jones comes back to it.

DJ: The "silent majority" need to take part in the current GMC Consultation. It is already being misrepresented by @drpetersaunders and his ilk.

PS: Do you gas for terminations or do you object on moral grounds? http://bit.ly/JT8uNK

DJ: I have no moral objection to abortion; so yes, I can and do provide general anaesthesia for surgical terminations.

PS: About how many surgical terminations have you gassed for in your career thus far? http://bit.ly/JT8uNK

PS: For what indications and what gestations are you willing to carry out terminations? http://bit.ly/JT8uNK

DJ: Indications and gestation for terminations is described as per the Abortion Act. This is what I follow, not my own rules.

PS: Would you gas for a sex selection abortion if all the legal paper work was in order? http://bit.ly/JT8uNK

DJ: Sex selection, in and of itself, is not legal. So - by definition - the legal paperwork would not be in order.

PS: So are you saying that if sex selection abortions were legal then you would have no moral objection to gassing for them?

DJ: I work to UK law as laid down by democratic statute, and within GMC guidance. It's not for me to make my own rules up.

PS: So are you willing to gas for male circumcisions carried out purely for cultural/religious reasons? http://bit.ly/JT8uNK

DJ: As the alternative is that the child has it done without anaesthetic/adequate analgesia - then yes.

PS: If female circumcision were legal in Britain as in many other countries would you refuse to gas for it? http://bit.ly/JT8uNK

DJ: What's your next straw-man argument going to be? Taking part in the death penalty?

PS: I am trying to establish whether you have any moral principles. ie. Are there any procedures you would not gas for if legal?

DJ: The patient is my sole concern; not some wider societal quest to tell others how they should/should not behave.

PS: Thank you. So you would be quite happy then to gas for female circumcision if it was legal and the patient asked for it?

DJ: There's some pretty big "ifs" there, but if you want to put words in my mouth, you go ahead. I don't care.

PS: Neither of you (including Shane McKee on parallel thread) has answered the question as to whether are any treatments/procedures you would not provide if legal

PS: Guys I need to nip out for a wedding but will be back later. Answer my question (you cowards!) Go on say it!

Later…after neither have answered the question

PS: Now answer my question. Is there any treatment or procedure you would refuse to do on moral grounds or are u just a rubber stamp?

SM: My ethics and morality are based on the 4 pillars. Would I ToP purely on grounds of sex? No. But that is not at issue here.

PS: I was simply trying to ascertain if there was any procedure you would refuse to carry out if it was legal. There is! Excellent!

PS (to DJ): You still haven't replied. Is there any treatment or procedure you would refuse to do on moral grounds even if it were legal?

Dr Jones has, since this dialogue occurred, issued many more tweets both to me and about me but has so far refused to answer the key question about whether there is any treatment or procedure he would refuse carry out on moral grounds even if it were legal to do so.

This is most curious. Is it because that to admit that there was such a treatment or procedure would leave him having to say that he would not like to be forced in such circumstances to do what he believed was morally wrong? I wonder.

Or is he really just a rubber stamp, unlike my atheist friend Shane McKee, who will do anything he is asked to do by a patient? We will have to wait and see.

He has now answered as follows:

DJ: If the procedure is a) Clinically indicated, b) Legal as per current UK law & c) To a competent adult; then I would do it.

DJ: Although that list is not exhaustive, and like a professional, I would consider things on a case-by-case basis.
Posted by Peter Saunders at 10:19