Let’s be completely honest, clear and truthful about healing as well as expectant 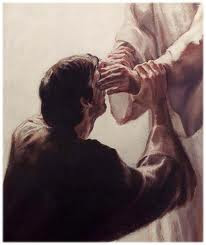 The May 2012 edition of ‘Christianity’ carries several testimonies of healing after prayer and an article about Christian MPs testifying to God’s power to heal.

Like most Bible-believing Christians the 4,000 Christian doctors who belong to Christian Medical Fellowship believe in God’s power to heal both in response to prayer and through the gift of medicine. We also believe in the positive effect that Christian faith has on health which is supported by scientific research.

Evidence from over 1,200 published academic studies and 400 reviews has shown that faith brings positive health benefits including protection from illness, coping with illness, and faster recovery from it. Christian faith also overall leads to longer life, better physical and mental health, more marital stability, less divorce, less suicide and less abuse of alcohol and other substances.

However, although God chooses to answer prayer in many ways there is very little hard objective evidence that miracles of the sort that Jesus and the apostles performed – instantaneous miraculous reversals of major diseases and disabilities which convinced even sceptical eyewitnesses - are happening with any great frequency in Britain today.

We need to be honest about this and not make exaggerated, misleading or inaccurate claims about specific healings.

I was therefore encouraged to read that Mitra Hajebi, writing in the magazine, who found that she no longer needed to use hearing aids after prayer for healing, went back to have her hearing medically tested and the improvement confirmed. This is crucially important.

If Jesus was not afraid to have his healings examined by the priests then surely Christians today should also seek proper objective verification of any healing claim by medical professionals before stopping any treatment or reporting the claim to others.

Claims of healing made by churches with hazy factual details or without objective verification will only provoke scepticism and encourage criticism or charges of ‘false advertising’.

God heals in different ways – emotionally, spiritually and physically – but often he chooses not to heal physically in this life and death, mourning, suffering and pain are part and parcel of living in a fallen and unredeemed world.

So while we look forward to that great day when these things will be no more let’s be completely honest, clear and truthful about healing as well as expectant.

Email ThisBlogThis!Share to TwitterShare to FacebookShare to Pinterest
Labels: Healing