Doctors should identify themselves on line and respect colleagues and professional boundaries, says GMC 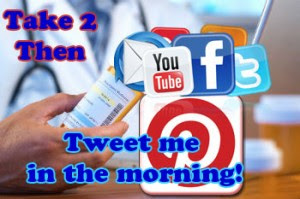 The General Medical Council (GMC), the regulatory body for doctors, has today published advice on doctors’ use of social media for the very first time.

The news comes as the Medical Defence Union, which provides legal advice and protection for doctors reveals that more doctors than ever have been asking for advice on use of social media.

The GMC’s new booklet, ‘Doctors’ Use of Social Media’, is just one of ten sets of supplementary guidance published today by the GMC alongside an updated edition of its core guidance for UK doctors, Good medical practice.

The long-awaited guidance, last updated in 2006, comes into effect on 22 April and all doctors will have to show they are complying with the updated standards for their revalidation - the new system of regular checks that came into force in December 2012.

The new GMC guidance says that doctors’ use of social media (facebook, twitter, blogs, you tube etc) can benefit patient care by ‘engaging people in public health and policy discussions, establishing national and international professional networks and facilitating patients’ access to information about health and services’.

However it also warns that ‘standards expected of doctors do not change because they are communicating through social media rather than face to face or through other traditional media’.

Specifically it says that doctors should be scrupulous to maintain professional boundaries, guard patient confidentiality, treat colleagues fairly and with respect and avoid hiding their personal identities.

Doctors who are contacted through their private profile by a patient should explain that they cannot mix social and professional relationships and, where appropriate, direct them to their professional profile.

They are warned that they must not use publicly accessible social media ‘to discuss individual patients or their care with those patients or anyone else’; ‘must not bully, harass or make gratuitous, unsubstantiated or unsustainable comments about individuals online’; and that ‘if you identify yourself as a doctor in publicly accessible social media, you should also identify yourself by name’.

When interacting with or commenting about individuals or organisations online, doctors ‘should be aware that postings online are subject to the same laws of copyright and defamation as written or verbal communications, whether they are made in a personal or professional capacity’.

The MDU, which represents over half of UK doctors, said it received around five calls each month in 2012 from GPs and hospital doctors with concerns about Facebook, blogs and other websites.

Common concerns included complaints and allegations made about doctors by patients on social networking sites; friendship requests from patients; and doctors who had found themselves in difficulties after posting comments and images online.

MDU adviser, Dr Catherine Wills, said: ‘Social media can be a force for good in medicine, for example, by helping doctors to network more effectively and giving patients access to more healthcare information. But there are risks too, particularly when it comes to maintaining boundaries with patients and acting professionally and we are pleased that the GMC’s guidance has addressed such a growing issue for our members.’

Doctors using social networking sites are advised by the MDU to:

These new GMC guidelines are most welcome and help to clarify the legal and professional boundaries for doctors in social networking whilst encouraging its proper use.

Doctors need to take seriously the fact that abuse of social media could put their revalidation or registration at risk, but I hope the new guidance from both GMC and MDU also means that many more doctors get involved in making use of the many benefits of social media in a responsible way.
Posted by Peter Saunders at 12:03

Email ThisBlogThis!Share to TwitterShare to FacebookShare to Pinterest
Labels: GMC