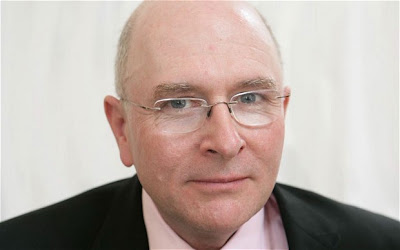 When two Glasgow midwives won the right to opt out of supervising abortions last April I suggested that the General Medical Council (GMC) needed to revise its professional guidance on the matter which now seemed to be at odds with the law.

At the time Niall Dickson (pictured), the GMC's chief executive, actually told the Guardian that the GMC would need to consider the implications of the judges' decision on its guidance. He is quoted as saying:

‘We will study the outcome of this ruling, which has just come out, to see if there are any implications for our guidance. We already have clear guidance which says that doctors should be open with employers and colleagues so they can practise in accordance with their beliefs without compromising patient care.’

As I have heard nothing further from the GMC about the matter, and almost two months have passed, I have today written to Mr Dickson to ask what is happening. My letter is below:

I’m writing to enquire whether the General Medical Council intends to revise its guidance on ‘Personal Beliefs and Medical Practice’ in the light of the recent Glasgow appeal court ruling on participation in abortion and, if so, what the timescales for the revision are.

You will be aware that two Roman Catholic midwives won a landmark legal battle in April to avoid taking any part in abortion procedures.

Mary Doogan, 58, and Concepta Wood, 52, had lost a previous case against NHS Greater Glasgow and Clyde (GGC) when the court ruled that their human rights had not been violated as they were not directly involved in terminations.

However appeal judges ruled their right to conscientious objection means they can refuse to delegate, supervise or support staff involved in abortions.

The judgment is significant and has relevance also to doctors (full judgement here).

As you will know the Abortion Act 1967 gives healthcare professionals the right to conscientiously object to ‘participate’ in abortion but the scope of the word ‘participate’ has been the matter of some legal dispute.

But Lady Dorrian, who heard the recent challenge with Lord Mackay of Drumadoon and Lord McEwan, said: ‘In our view the right of conscientious objection extends not only to the actual medical or surgical termination but to the whole process of treatment given for that purpose.’

She added: ‘It is in keeping with the reason for the exemption that the wide interpretation which we favour should be given to it. It is consistent with the reasoning which allowed such an objection in the first place that it should extend to any involvement in the process of treatment, the object of which is to terminate a pregnancy.’

The GMC guidance, which interestingly came into force earlier in the very week of the judgement, is at odds with this ruling. It currently reads:

‘In England, Wales and Scotland the right to refuse to participate in terminations of pregnancy (other than where the termination is necessary to save the life of, or prevent grave injury to, the pregnant woman), is protected by law under section 4(1) of the Act. This right is limited to refusal to participate in the procedure(s) itself and not to pre- or post-treatment care, advice or management, see the Janaway case: Janaway v Salford Area Health Authority [1989] 1AC 537′

In para 33 of the Judgment the court makes clear that professional guidelines can be legally wrong and cannot overrule statute, it says:

Because this Judgment is from a Scottish Court (and Scotland is a different jurisdiction to England and Wales) it is not strictly binding on an English Court. However it will nonetheless have significant persuasive force in England.

The Abortion Act 1967 applies in England, Wales and Scotland (but not in Northern Ireland) and when Scottish Courts have adjudicated on such ‘cross border’ legislation in the past their decisions have been taken very seriously in England and Wales and vice versa.

We have been concerned for some time that the GMC was over-interpreting the law in a grey area in issuing its guidance. But this latest judgement has clarified the law in a way that now makes that virtually certain.

Christian Medical Fellowship has over 4,000 doctors and 1,000 medical students as members and the vast majority would have a moral objection to participation in abortion. Many other doctors share these views and will want to know where they now stand with the GMC.

As I said above I would most grateful for an indication of your plans for review of your guidance along with timescales so that I can keep our members informed about this important development which has practical implications for many of them.