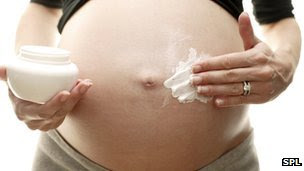 The College of Obstetricians and Gynaecologists (RCOG) has been criticised for saying pregnant women may want to ‘play it safe’ and avoid chemicals found in many common household products.

Items which it suggests should be avoided include tinned food, ready meals, shower gel and even new cars.

Critics say however that the advice is unhelpful, unrealistic and alarmist. To take all their guidelines seriously women would have to lock themselves away from almost everything in modern life.

But what the RCOG does not mention is that the greatest danger to the foetus is actually posed by the RCOG itself.

Members of the RCOG, along with its trainees, kill about 200,000 babies in the womb every year throughout the UK.

It’s called abortion, a procedure that is actually forbidden by the Hippocratic Oath.

And unlike tinned food, ready meats and shower gel, there is well documented evidence that this abortion risk is actually real.


It’s called the Department of Health Abortion Statistics.
Posted by Peter Saunders at 14:33