Update on Gay marriage Bill in House of Lords - what happens next? 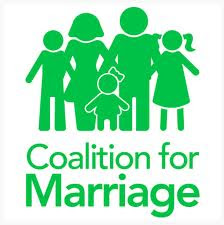 Colin Hart, Campaign Director of the Coalition for Marriage (C4M), has this week issued a very useful summary on the current status of the Marriage (Same Sex Couples) Bill, which is now moving to Report Stage in the House of Lords.

It outlines the main concerns with the bill and the way it undermines civil liberties and changes the meaningsof words like ‘husband’ and ‘wife’.

I have reproduced it below:

The Bill has now completed its Committee Stage. As is usual, there have been no votes during Committee Stage. The Bill now moves to Report Stage, scheduled to take place on 8 and 10 July, when we expect there will be votes on key amendments.

During Committee Stage, many Peers have been pressing for a long list of protections for people who believe in traditional marriage, including:

• Protecting people at work from being disciplined just because they voice support for traditional marriage.

• Protecting foster carers from being blacklisted by social workers just because they believe marriage is the union of a man and woman.

• Protecting the right of teachers to express support for traditional marriage without risking their careers.

• Making clear that freedom of speech about marriage should not be restricted by equality laws.

There have been some passionate and excellent speeches from Peers who support these protections, including from a number of the country’s top legal experts. A former Lord Chancellor and two former senior judges lent their voices to the call for civil liberty safeguards.

The Government has promised to change the criminal law so that criticism of same-sex marriage won’t be, of itself, a hate-crime. We welcome that reassurance, but our primary concern lies with civil, not criminal, law. For example, employment law and discrimination law – where the problems are most likely to arise – are part of civil law. Here, the Government has stubbornly refused to give an inch on safeguarding the freedom of people who believe in traditional marriage.

They even went as far as saying people who work in the private sector – let alone public sector – should be fired if they refuse to provide services for a same-sex wedding. As far as the Government is concerned, there should be no liberty of conscience in those circumstances.

That shows what we’re up against, but we have no intention of backing down. We will be working hard to call for safeguards for people – like you – who support traditional marriage.

This is important work, but we haven’t stopped defending the principle of real marriage. We always said the Government would tie itself in knots trying to redefine marriage, and here is just one example: in the official Explanatory Notes which accompany the Bill, the Government says:


In other words, under this Bill, a woman can be a “husband” and a man can be “wife”. It just shows that words lose all meaning when politicians meddle with marriage.
Posted by Peter Saunders at 02:20