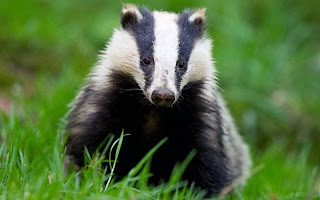 In 2011 British farmers slaughtered 26,000 cattle and introduced emergency measures to curb the spread of bovine tuberculosis, costing the taxpayer £90 million.


In response, government ministers approved the cull of up to 100,000 badgers thought to be responsible for harbouring the disease.

The move provoked the largest animal rights protest since those over fox hunting in the 1990s. Dr Brian May, particle physicist and lead guitarist for the popular rock group Queen, set up an e-petition to ‘stop the badger cull’. When over 155,000 people signed it prompted a parliamentary debate.

It was Australian philosopher Peter Singer who popularised the term ‘speciesism’ in his 1975 book ‘Animal Liberation’ which many regard as giving the animal rights movement its intellectual basis.
In a landmark article titled ‘Sanctity of Life or Quality of Life?’, published in the influential American Journal ‘Paediatics’ in 1983, he wrote:

To Singer and many influential thinkers like him, man is nothing but the product of matter, chance and time in a godless universe; merely a highly specialised animal. The value of an individual human being is determined by his or her level of rationality, self-consciousness, physical attributes or capacity for relationships.

This view has led him controversially to support human embryo research, abortion, infanticide and euthanasia.

There is an element of truth in what Singer says. Humans are living beings with body plans and physiological functions that are very similar to many other living creatures. In fact we share over 98% of our DNA – our genetic programming – with chimpanzees.

But Jesus Christ taught that we are different from animals.

Human beings are made in God’s image. Animals are not. This does not mean that we don’t share some characteristics with animals. We do. Both animals and humans are made of flesh and blood out of inanimate matter, ‘from the dust of the ground’ (Genesis 2:7). We have body plans and organ systems (anatomy), functions (physiology) and complex cellular activity (biochemistry). But we are also unique in being made in God’s image. 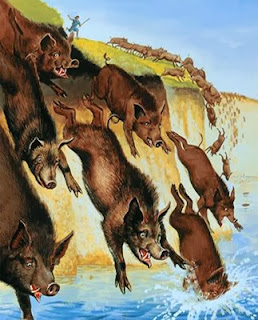 Human beings are fundamentally different from all the other beings of God’s creation.

Jesus was, in other words, unashamedly ‘speciesist’. The clue as to why he was can be found in a well-known encounter he had with some of his opponents.

When the Pharisees tried to trap him by asking whether it was right to pay the imperial tax to Caesar Jesus asked them to show him a coin. They brought him a denarius, and he asked them, ‘Whose image is this? And whose inscription?’

When they replied ‘Caesar’s’, he said, ‘So give back to Caesar what is Caesar’s, and to God what is God’s.’ 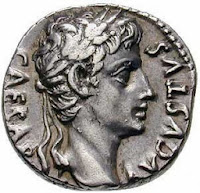 The Bible begins with the four majestic words ‘In the beginning God…’.

At the end of the creation narrative in Genesis 1 God creates the animals:

But then in the next verse he reaches the crowning point in his whole creative process:

‘Then God said, “Let us make mankind in our image, in our likeness, so that they may rule over the fish in the sea and the birds in the sky, over the livestock and all the wild animals, and over all the creatures that move along the ground.” So God created mankind in his own image, in the image of God he created them; male and female he created them.’

It is human beings – both male and female – who are made in the image of God and who therefore belong to God and should be given to God. This was the point ironically lost on the Pharisees in Jesus’ encounter over the coin. They had refused to give themselves to God despite belonging to him.

Of course everything in the universe belongs to God (Psalms 24:1), even Caesar’s coins, but in all God’s creation only human beings are made in God’s image and have a special status that no other part of creation enjoys.

This has huge implications for the way we should treat human beings.