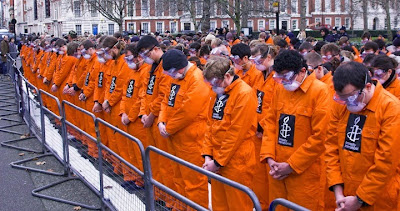 Bioedge has this week drawn attention to an independent report which has highlighted ongoing violations of medical ethics at Guantánamo Bay and called on the Department of Defense (DoD) and the medical community to conform to ethical principles.

The Task Force on Preserving Medical Professionalism in National Security Detention Centers claims that medical staff have been forced to act unethically.

It discusses how medical personnel established and participated in torture and also outlines how the DoD committed a number of ethical breaches, including improperly using health professionals during interrogations; implementing rules that permitted medical and psychological information obtained by health professionals to be used during interrogations; requiring medical staff to forgo independent medical judgment and force-feed competent detainees; and failing to adopt international standards for medical reporting of abuse against detainees.

The report also says that the CIA’s Office of Medical Services played a critical role in torture, including waterboarding.

A second Bioedge article highlights a thoughtful post on the blog of the American Journal of Bioethics  by Dr Craig Klugman, a bioethicist and medical anthropologist at DePaul University in Chicago. He believes that medical students need much more training in ethics and character training and calls for reform of medical education to allow for courses on moral courage in the face of bullying by authorities and peer pressure.

He could also have pointed them to historical precedent about the dangers of doctors abandoning traditional ethics and conscience.

In June 1947, in the wake of the Nuremberg trials, the BMA published a statement on ‘War Crimes and Medicine’ which it later submitted to the General Assembly of the World Medical Association in September1947.

The statement included the following (emphases mine):

‘The evidence given in the trials of medical war criminals has shocked the medical profession of the world. These trials have shown that the doctors who were guilty of these crimes against humanity lacked both the moral and professional conscience that is to be expected of members of this honourable profession. They departed from the traditional medical ethic which maintains the value and sanctity of every individual human being.’

‘The doctors who took part in these deeds did not become criminals in a moment. Their amoral methods were the result of training and conditioning to regard science as an instrument in the hands of the State to be applied in any way desired by its rulers. It is to be assumed that initially they did not realize that the ideas of those who held political power would lead to the denial of the fundamental values on which Medicine is based. Whatever the causes such crimes must never be allowed to recur. Research in medicine as well as its practice must never be separated from eternal moral values. Doctors must be quick to point out to their fellow members of society the likely consequences of policies that degrade or deny fundamental human rights.’

Once fundamental principles of medical ethics are rejected, things can escalate rapidly by a series of small steps.

Perhaps the American Department of Defense (DoD) and the medical community need to be reminded that it was precisely small steps of this kind that led ultimately to Nuremberg.
Posted by Peter Saunders at 14:53