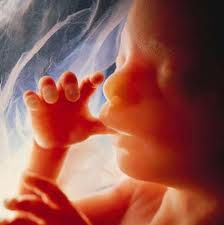 More significantly it reveals that 98% of all abortions carried out in Britain are technically illegal.

This new Review by the Academy of Medical Royal Colleges (AMRC) shows that abortion does not improve mental health outcomes for women with unplanned pregnancies, despite 98% of the 200,000 abortions being carried out in this country each year on mental health grounds.

This means that doctors who authorise abortions in order to protect a woman’s mental health are doing it on the basis of a false belief not supported by the medical evidence. In other words the vast majority of abortions in this country are technically illegal.

Otherwise the report confirms earlier conclusions that negative attitudes towards abortion, pressure from a partner to have an abortion and negative reactions to the abortion including grief or doubt, may have a negative impact on mental health after abortion.

However the strength of evidence for the claim that abortion poses no greater risk to mental health than childbirth is weak as the report itself admits: 'The evidence for this section of the review was generally rated as poor or very poor…These factors limit the interpretation of the results.' This main conclusion of the report is what most media coverage has picked up, even though it is based on only four studies (Cougle, Steinberg, Fergusson, Gilchrist), two of which were judged as 'fair' and the author of the only one judged 'very good' (Fergusson) has a new paper in press which he claims shows a link between abortion and mental health problems in unwanted pregnancies which is not there for unwanted pregnancies carried to term.

He summarises this as follows:

'The implications of this analysis are inescapable: despite the claims made in previous reviews about the absence of association between abortion and mental health, when data are pooled across studies there is consistent evidence suggesting that women having abortions are at modestly increased risks of mental health problems when compared with women coming to term with unplanned/unwanted pregnancies... While it remains possible that these findings reflect methodological problems of sample selection, residual confounding and investigator bias these considerations do not justify the strong conclusion that there is no evidence to support the view that abortion has adverse mental health consequences. It is our view that the scientifically appropriate and cautious assessment is that: there is currently suggestive evidence indicating that abortion is associated with modest increases in risks of common mental disorders. However to confirm this conclusion requires further and better research which addresses issue of measurement , confounding and investigator bias. A detailed paper describing these findings is currently under review.'

There are some strong messages to take home for those offering counselling and support to women with unplanned pregnancies.

First, women with unplanned pregnancies need to know that abortion will not reduce their risks of mental health problems relative to giving birth.

The first response to an unplanned pregnancy should therefore not be abortion but, as the review rightly recommends, proper support and care for women.

The government should make the provision of fully independent counselling for all women with an unplanned pregnancy a key priority, in order that they can have access to support and counselling that is not linked to abortion provision.

In 2010, the vast majority (98%; 185,291) of abortions were undertaken under ground C c) that the pregnancy has not exceeded its 24th week and the continuance of the pregnancy would involve risk, greater than if the pregnancy were terminated, of injury to the physical or mental health of the pregnant woman (Section 1(1)(a))
Posted by Peter Saunders at 11:06