A new milestone in irresponsible media reporting of suicide 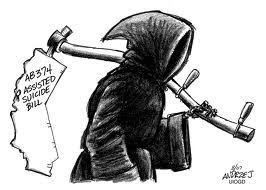 I was phoned last Monday by Sky News to be told that they were planning to give an international media platform to a new case of assisted suicide involving a media personality who was dying of cancer. The story has broken today.

This carefully orchestrated move by a former BBC producer, in collaboration with the pro-euthanasia lobby, breaks virtually every international guideline on media suicide portrayal and marks a new milestone in irresponsible media reporting. Sadly however, it is entirely consistent with our national broadcaster’s self-appointed status as a cheerleader for assisted suicide.

The extensive coverage and attention this story is generating will unwittingly fuel suicide contagion and plays into the hands of pro-euthanasia campaigners to whip up public and media support for a new assault on the Suicide Act ahead of the publication of the controversial Falconer Commission report in the New Year.

The very last thing we need at a time of economic recession, shrinking health budgets and failures in the care system is a media celebrity presenting suicide as a solution for terminal cancer. Next year over 150,000 Britons will die of cancer. Many of them are vulnerable and all deserve the very best care, not media scaremongering about the dying process.

British parliamentarians have repeatedly considered and debated these issues and have three times in the last five years rejected the legalisation of assisted suicide on grounds of public safety. They have rightly recognized that any change in the law would simply place more pressure on vulnerable people – those who are disabled, elderly, sick or depressed - to end their lives so as not to be a burden on carers, relatives or the state. Such a move would also be a green light to would-be abusers who have a financial or emotional interest in their deaths.

Our priority at this time should instead be to resist any further weakening of the law and to make the very best palliative care, in which Britain is a world leader, more widely accessible and available so that patients can die as comfortably as possible at home or in hospital without fear.
Posted by Peter Saunders at 00:06